Posted on Aug. 25th, 2020 Comments Off on Anna Elisabeth “Louisa” (Tross) Kuenker
We asked some of our volunteers to pick their favorite monument at Eastern Cemetery. Stefanie Buzan volunteers simply because she loves to help! When she came across this partially exposed stone last year, it made her sad because it had sunk so far into the earth. It was no longer apparent who it belonged to; however, the Grecian frieze-like motif that was visible peaked her curiosity. This one has been added to our to be restored list!
Anna Elisabeth “Louisa” (Tross) Kuenker (1835-1865) was born in Germany to John and Eva (Fackert) Tross. It is unclear when Louisa immigrated to the United States. By the 1850s, thirty-five percent of the population in Louisville was German. On April 24, 1856, she married Wilhelm Frederick “William” Kuenker in Louisville. William was also a German immigrant who worked as a dairyman. Their last name was spelled a variety of ways in records and eventually became Kinker. William and Louisa had six children: Elizabeth “Louise,” Frederick, Anna, William, Emma, and Mary. Anna and Emma died in childhood. On September 27, 1865, Louisa died three days shy of her 30th birthday. She was buried in Eastern Cemetery with a beautiful headstone featuring a robed woman holding a bouquet of flowers and a hand point up toward heaven. Her daughter Emma died around the same time. Her death year is illegible on her headstone, but it was during the 1860s. She was buried next to her mother. On August 25, 1870, William married Anna Seecamp and later had two more children: Anna and Johann “John.” Anna (Seecamp) Kuenker died on March 20, 1874 and is buried next to Louisa with a matching headstone. On April 14, 1908, William Kuenker died and was buried in Eastern Cemetery, supposedly in the same plot has his wives. However, a headstone could not be found. 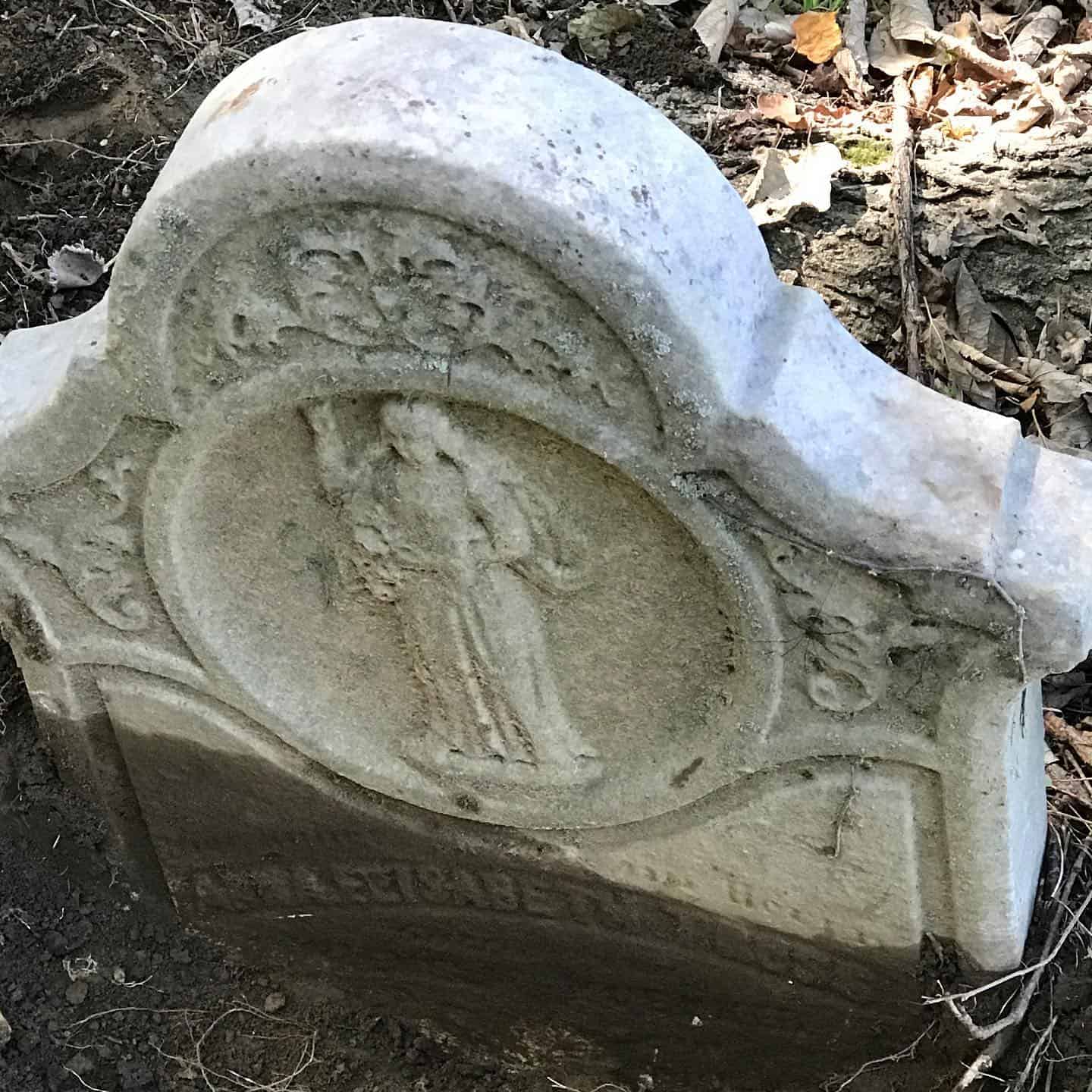 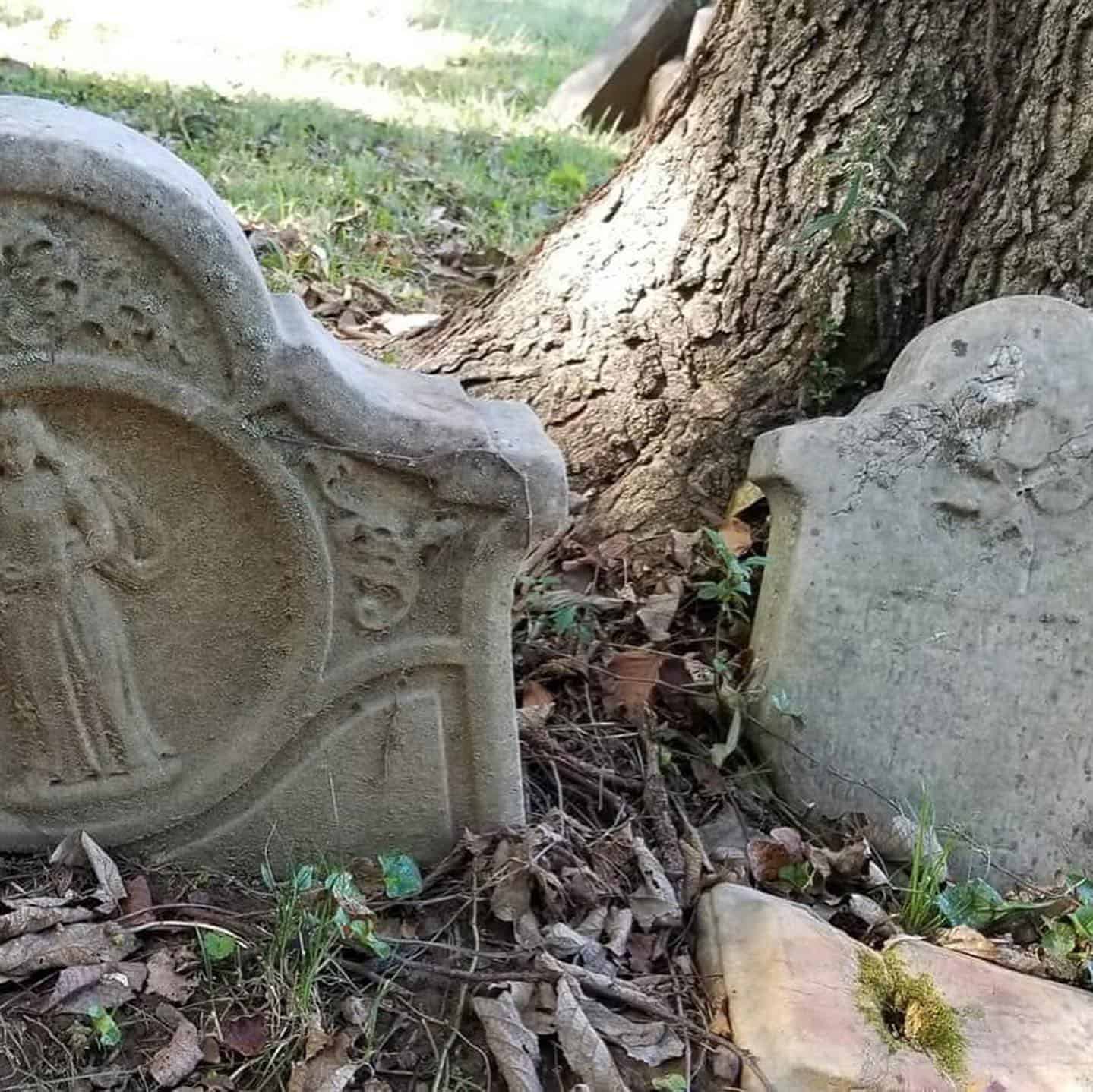 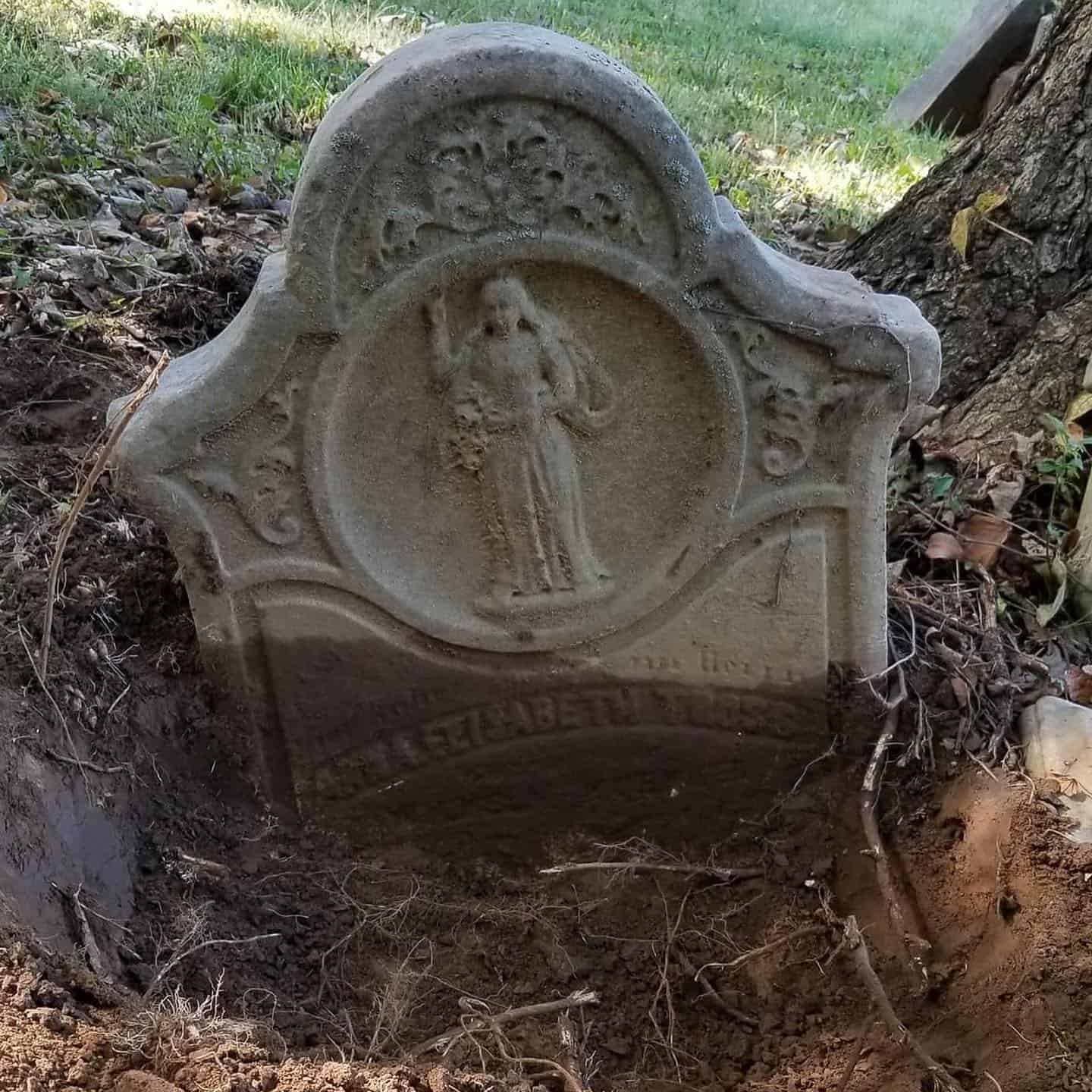