Appollonia (Adam) Wenz (1834-1910) was born to Franz and Caecilia (Baumann) Adam in Grossherzoyten, Germany. German records are difficult to obtain, so there is very little information about Apollonia’s early life. She immigrated to the United States in 1854. Between 1820 and 1870, over seven and a half million Germans immigrated to America, in order to escape economic poverty and political unrest. On May 12, 1856, she married Jacob Wenz in Louisville. Jacob was born in Durtelweil, Germany and immigrated to the United States in 1854. Together the couple had nine children: Henry, Katherine, Mary, Apollonia, Elizbeth, Jacob, Ernest, Eleanora, and Edmund. While Apollonia was a stay at home mother, Jacob was a driver for the Frank Fehr Brewery. Apollonia and Jacob lived at 627 E. Caldwell Street in the Smoketown Neighborhood for a number of years. Jacob died on September 16, 1908 and was buried in Eastern Cemetery. According to the 1910 Federal Census, Apollonia was living at the same residence with her son Henry who was working as a stemmer in a tobacco factory. Apollonia died on June 4, 1910 at the age of 76. According to her “Courier-Journal” obituary, she was “one of the best-known German residents of the East End.” She was buried in Eastern Cemetery next to her husband. Two of their children: Henry and Edmund are also buried in Eastern Cemetery. Photos are from Find a Grave user Becky. 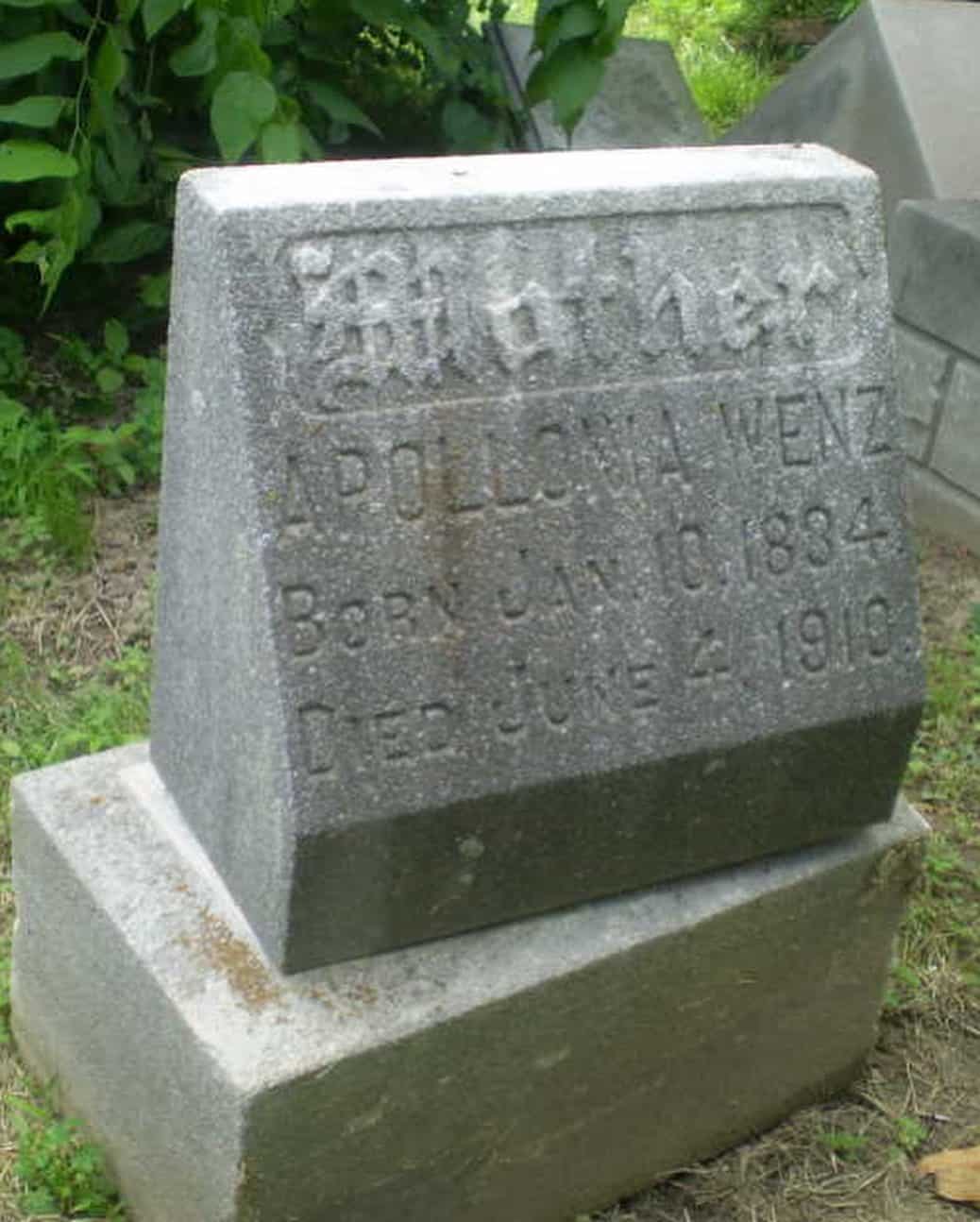 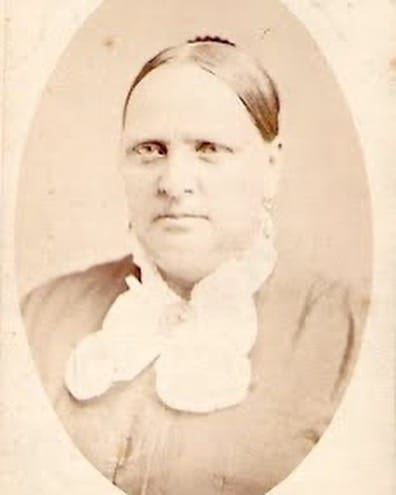