National Teacher Appreciation Day. We are celebrating the life of Aurealia M. (Elliott) Eaves (1917-1982). Aurealia was a teacher for the Jefferson County Board of Education. She taught at the Jeffersontown School in 1963 when it merged with the previously segregated Ingram School, which was for African American children. Aurealia was one of the few African American teachers to transition to an integrated school. Even though Brown v. Board of Education concluded that public schools could not be segregated in 1954, Louisville was one of many cities that did not integrate schools until the 1960s. Aurealia had married Montest L. Eaves, an L&N Railroad worker, in 1941, and together they had four children: Montest Jr., Ethel, Althea, and Minnie. Three of those children, Montest L. Eaves, Jr., Ethel (Eaves) Minnis, and Minnie Eaves, all went on to be teachers as well. This image of Aurealia is from “Courier-Journal” October 27, 1963 article about school integration. 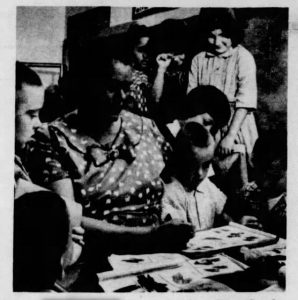 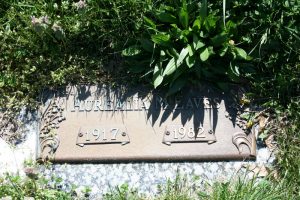