Posted on Sep. 9th, 2019 Comments Off on Bernadine (Adams) Samuels

Bernadine (Adams) Samuels (1940-1973) was born to Mattie Tubbs and Rev. Tommie Adams on March 8, 1940. She married Charles Edward Samuels and together they had two daughters. Bernadine was a licensed practical nurse and a music teacher. She was a member of the Antioch Baptist Church located at 1701 Dumesnil Street where she used her musical talents to play piano. Bernadine and her family made their home at 3514 Algonquin Parkway. Algonquin is one of the six original Louisville Parkways designed by prominent landscape architect, Fredrick Law Olmsted. The development of the parkway system was carried out from the 1890s through the 1930s. Most of the residential development occurred in the area after the 1940s. Bernadine died at St. Joseph’s Infirmary at the age of 32. Her parents and father-in-law, Johnnie Samuels, are also buried at Eastern. Image of Bernadine from Ancestry user KinikiaW. 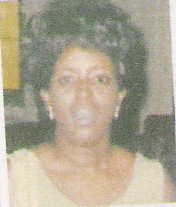 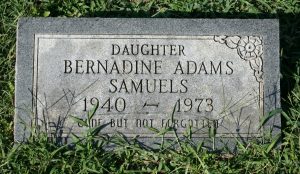