Posted on Aug. 25th, 2020 Comments Off on Catherine (Johnson) Randall
Catherine (Johnson) Randall (1882-1928) was born to John and Mary Melvina (Shaw) Johnson on April 17, 1882 in Louisville, KY. John was a farmer and Mary stayed home and took care of the couple’s six children: Richard, William, Cassie, Catherine, Dora, and Gracie. The family spent some time in Bullitt County, but after Catherine’s father died in 1901, the family moved to Louisville. Although no marriage record can be found, sometime between the 1900 and 1905, Catherine married John W. Randall, a worker for the L&N Railroad. In 1905, they had daughter Della Mae, and in 1908, they had daughter Dollie. She only lived to be one month old. Before the 1910 Federal Census, the couple had divorced, and Catherine moved back home with her family. The household was living at 1423 W. Broadway in Louisville, and it included Catherine’s brother William, a baker; sister Dora, a seamstress for an awning company; sister Gracie, a seamstress for a shirt company; mother Mary; and Catherine. Della Mae could not be located on the 1910 Federal Census. John was living with his sister Emma (Randall) Fryer and her family in Louisville.
On August 24, 1918, John and Catherine remarried in Clark County, IN. The marriage records list them both as previously divorced. In 1920, they were living at 409 E. Broadway. Della Mae was living with them. They remained married until Catherine’s death on March 30, 1928, at the age of 45 from heart failure. At the time of her death, the couple was living at 741 S. 22nd Street. After Catherine’s death, John moved in with Della Mae and her husband Arthur Goldsmith. John lived until February 21, 1946 when he died from injuries sustained from burns. The couple is buried together at Eastern Cemetery; however, a monument for John cannot be found. The photo of Catherine is from Find A Grave user Ellen White. 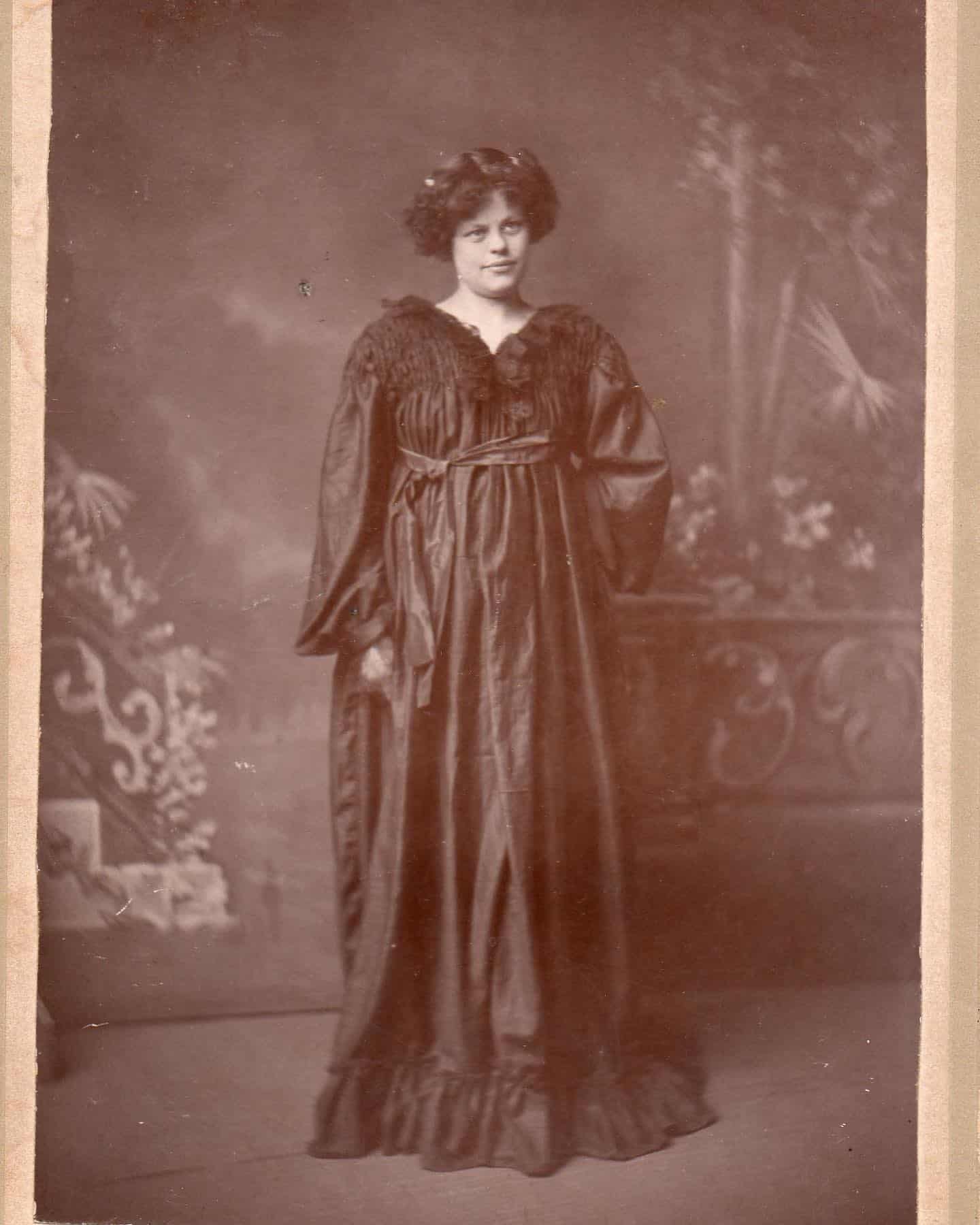 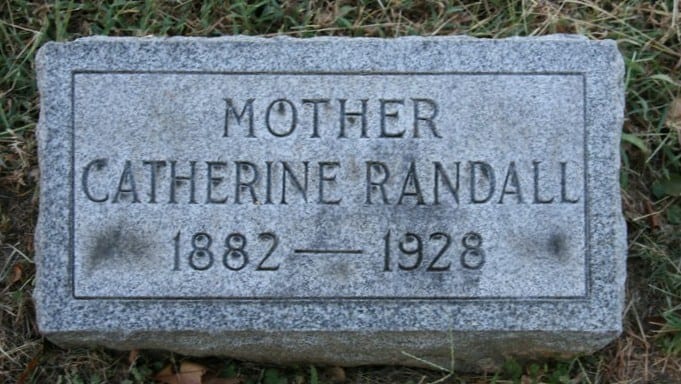