Detective Gwendolyn (Malone) Downs (1951-1977) joined the Louisville Police Department in 1974 at the age of 23. She was a detective in the sex-offenses unit. On May 16, 1977, Gwen and her partner, Detective Edward Wegenast, were on patrol when they were dispatched to the White Castle at 7th and Broadway. Upon arrival, they encountered Gwen’s estranged husband, Claude Downs, who was also a Louisville police officer. Claude was off duty when he shot Gwen and then himself. Both died. Gwen served as the corresponding secretary of the Louisville Black Police Officers Organization and had been nominated to serve as the financial secretary of the National Black Police Association. She was also a member of the Black Essence Social Club. She had two daughters. Gwen was the 60th Louisville police officer to be killed in the line of duty since 1907. She was the first female Louisville police officer killed in the line of duty, and she was Louisville’s fourth African American police officer killed in the line of duty. Image of Gwen is from supportingheroes.org. 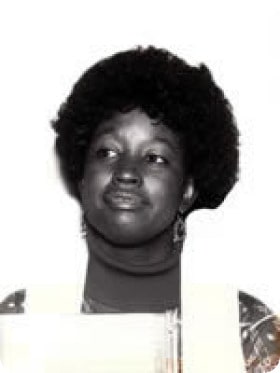 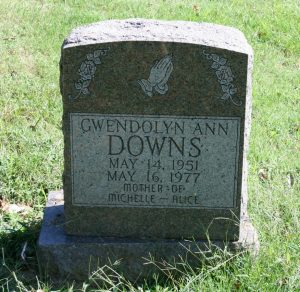