Dianna Laverne (Anderson) Green (1942-1980) was born in Louisville, KY to Frank Julius and Dorothy (Douglas) Anderson. She was the eldest of nine children. She married Melvin Green and together they had four children: Melvin Jr., Terry Terese, Lynnette Renae, and Shereatha. Melvin was head basketball coach at his alma mater Male High School in Louisville before moving to Iowa in 1971 where he assistant coached at Drake University. However, when Dianna became sick, Melvin took a head coaching job at Tech High School in Des Moines, IA. According to an article published in the “Des Moines Tribune” after Dianna’s death, Melvin traveled to recruit for Drake, which caused him to be away a lot. Thus, he took a local position in order to help her and their children. Featured frequently in the “Des Moines Tribune,” the family was clearly very supportive of one another, especially when Melvin Jr. also played basketball and football at a rival school. The “Des Moines Tribune” from September 30, 1976 said Dianna, “is a strong booster of anything her husband does. She could be found with daughters Terri, Lynette and Shereatha behind the Drake bench at basketball games. It was her voice that often was heard above the roar of the others.” Dianna died on January 23, 1980 in Des Moines, IA. Her funeral and burial took place in Louisville. A Dianna Green Memorial Fund was established by Tech High School and the Dianna Green Memorial Benefit was sponsored by the Polk County Booster Club to help the Green family with medical expenses. Photos of Dianna are from Find a Grave User Shereatha Green and “Des Moines Tribune” January 13, 1972. 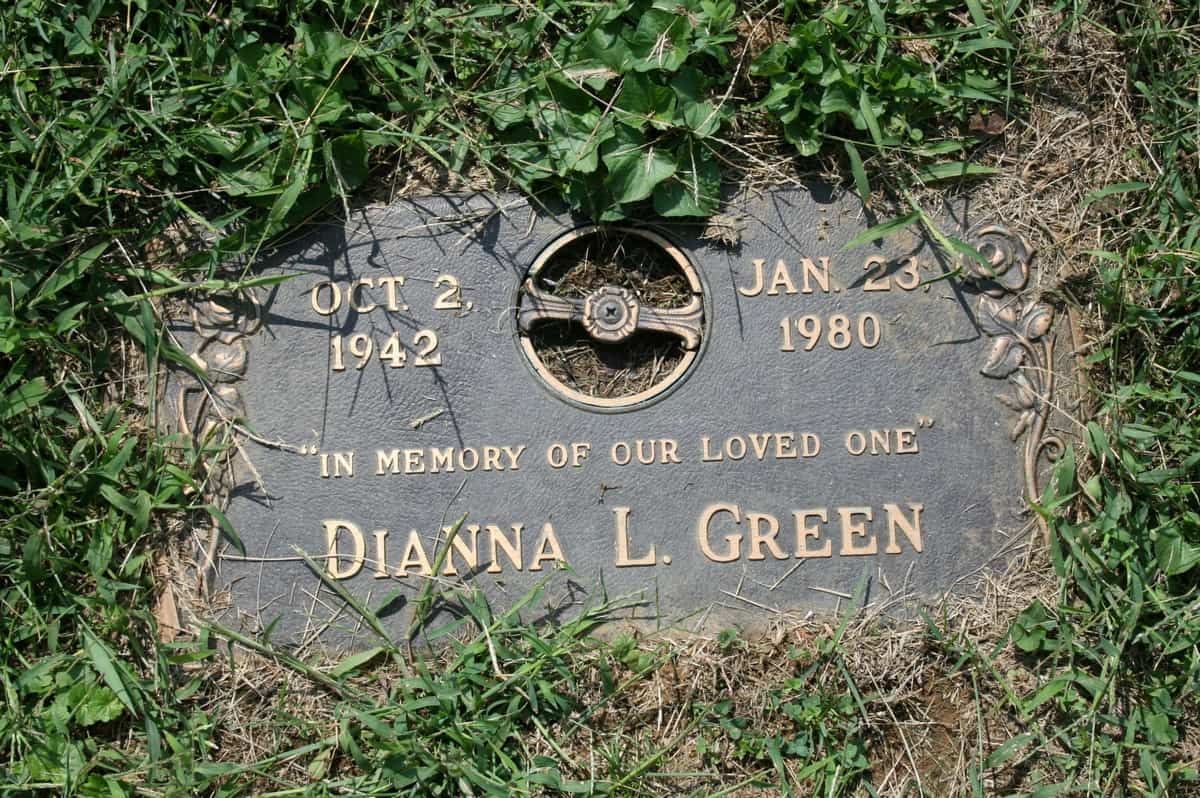 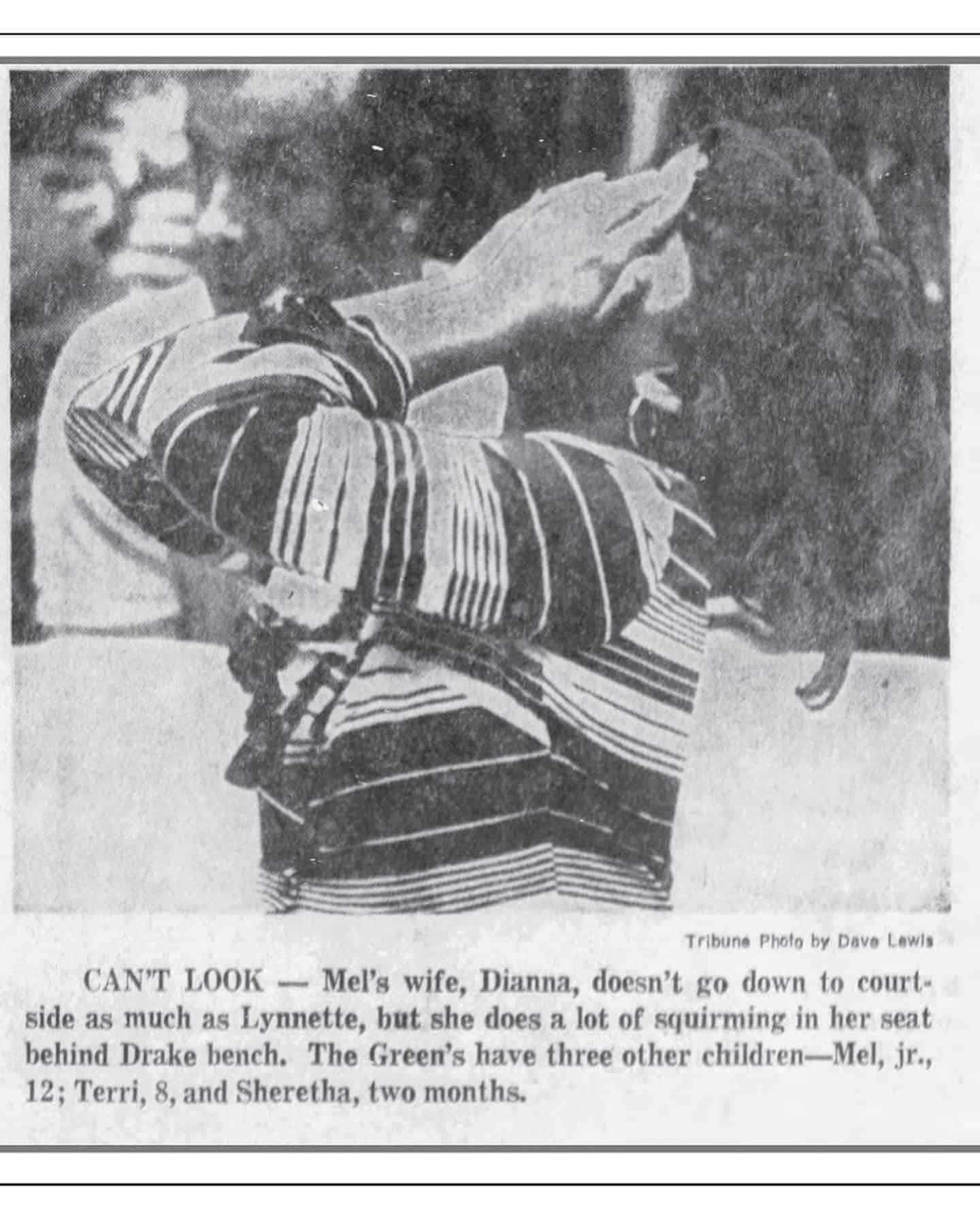 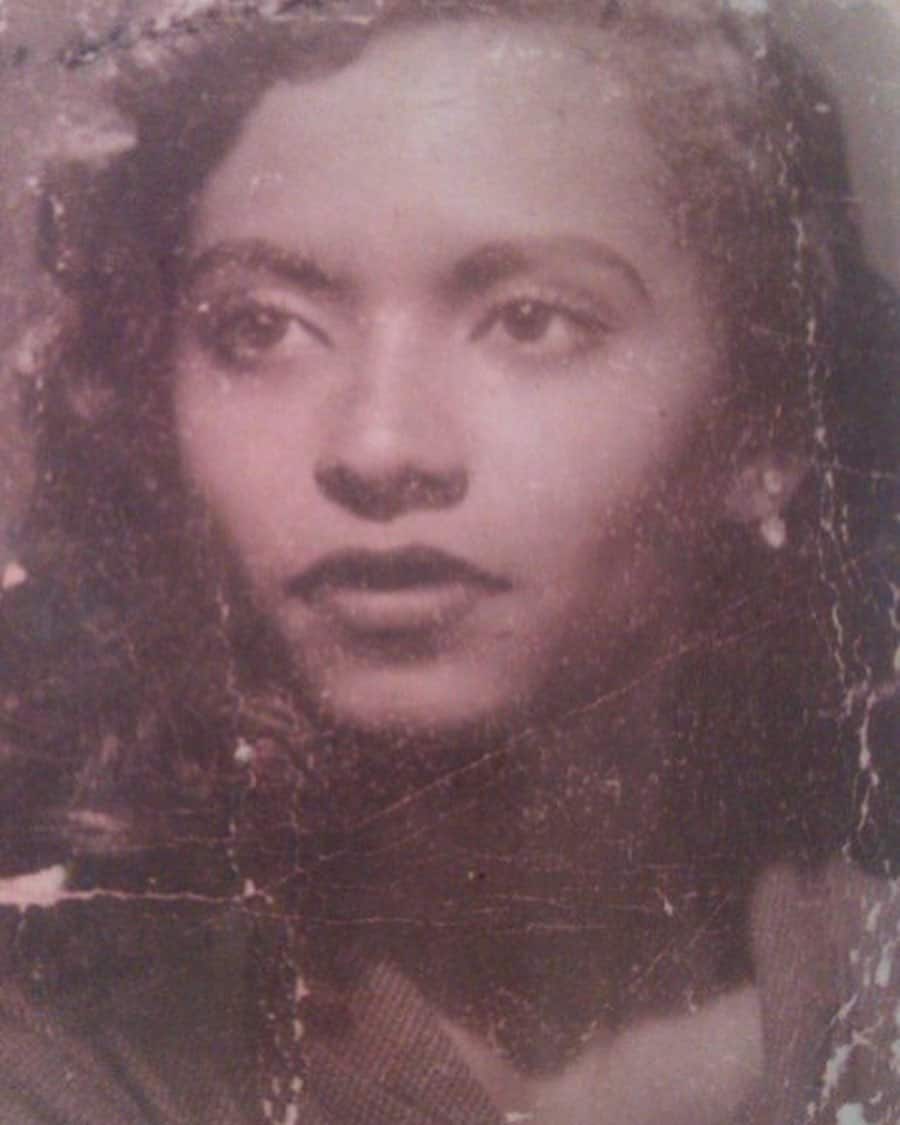