Posted on Sep. 9th, 2019 Comments Off on Dorothy (Rogers) Coleman

Dorothy (Rogers) Coleman (1911-1972) was born in Anderson, IN. She moved to Louisville when she married William S. Coleman, an educator with the Civilian Conservation Corps and Executive Director of the Chestnut Street YMCA. They lived in the Russell Neighborhood (305 S. 28th St.) and the Parkland Neighborhood (3225 Dumesnil St.). Together they had three children: Shirley, William, Jr., and Robert. As an African American teacher, Dorothy taught French and English at DuValle Junior High School, a school for African American students. She was a member of Alpha Kappa Alpha Sorority and a charter member of the Mother Dears Club, an enrichment program for African American children, which later incorporated into Jack and Jill of America. 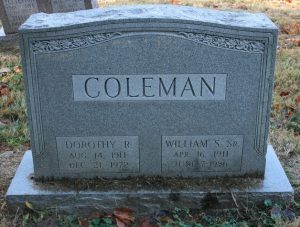