Posted on Aug. 25th, 2020 Comments Off on Edward Harris
We asked some of our volunteers to pick their favorite monument at Eastern Cemetery. Sean Stafford volunteers because of his love of history and his respect for the soldiers, sailors, and marines who have served. He also volunteers because all people who rest at Eastern Cemetery are worthy of being remembered. This stone was special to him because of his fascination with the Civil War and the brave men who fought on both sides.
Edward Harris (1842-1917) was born to Edward and Sarah (Grey) Harris in Mobile, AL. His parents were supposedly from Maryland. Not much is known about his early life or family. On January 27, 1864, he married Madora Lampton in Louisville. Madora was the daughter of Amphion and Sarah Jane (Nicholson) Lampton. Amphion was a brick mason. Edward and Madora had eight children: Sarah “Sallie,” William James, Rosa, Edward Jr., Matilda, Harry K., George, and Harvey Kalfus. Edward worked as a brick mason in Louisville. He and his family lived next to his in-laws until they passed around 1880. According to death records, Madora died on August 1, 1897 from “a complication of diseases.” Their son Edward Jr. died the year before from tuberculosis. According to the 1900 Federal Census, Edward was living with his daughter Sallie, her husband Thomas Sarzedas (a butcher), and her daughter Harriett. The 1910 Federal Census shows Edward living with his daughter Matilda and her husband Fred Bonte, president of Westerfield-Bonte, a printing company. On December 23, 1917, Edward died of cardiovascular disease. His death certificate says he died at the Confederate Home in Peewee Valley, KY. The Confederate Home operated from 1902 to 1934 for the care of Confederate veterans. Since Edward Harris was cared for there, he must have been a Confederate veteran. When searching the National Park Service’s Soldiers and Sailors Database, there are several men named Edward Harris who fought for the Confederacy. Unfortunately, that database combined with military records in Ancestry does not help to narrow it down much. Edward is buried in Eastern Cemetery with his wife and son Edward Jr. 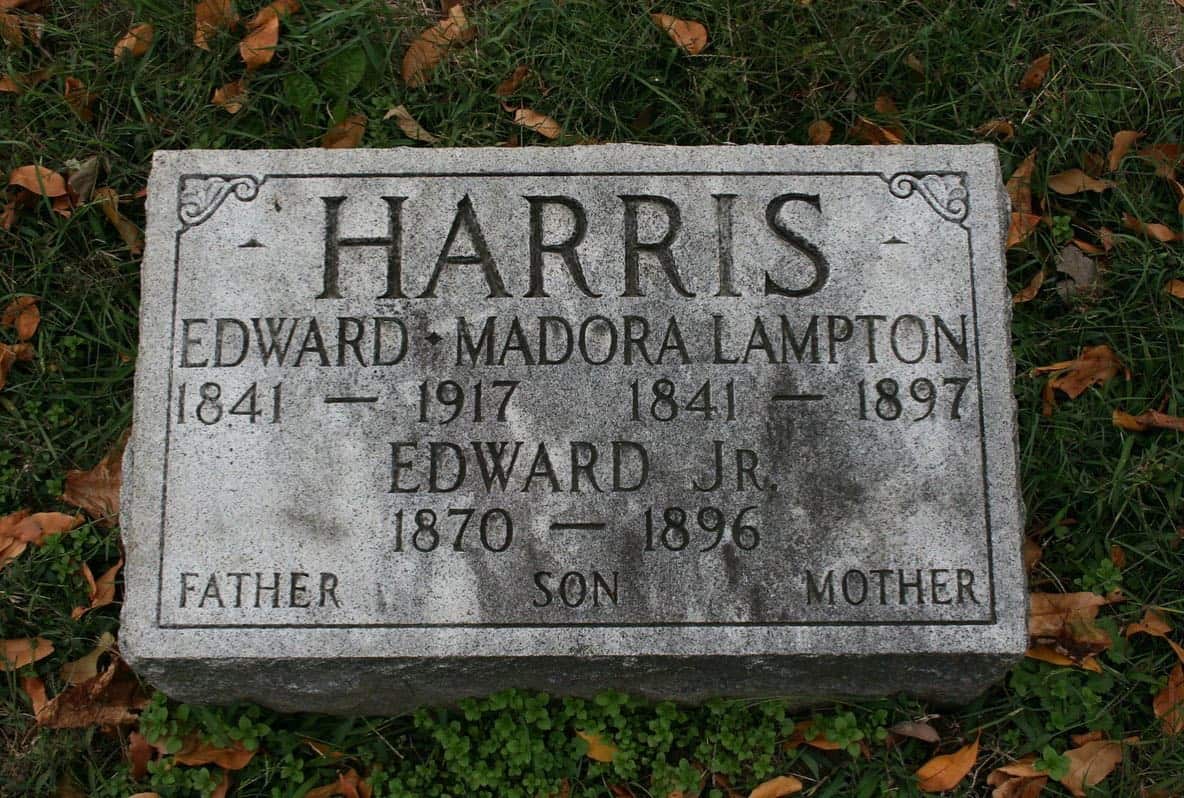