Posted on Sep. 9th, 2019 Comments Off on Elizabetha (Schindler) Seng

Elizabetha (Schindler) Seng (1810-1871) was born in in the Kingdom of Bavaria (now a German state) on June 10, 1810. On July 26, 1837, Elizabetha arrived in New York City, aboard the ship Merchant. Between 1820 and 1870, over seven and a half million Germans immigrated to America, in order to escape economic poverty and political unrest. On March 31, 1839, Elizabetha married Kilian Seng, a gardener, who had immigrated to America from Germany. They married in Louisville at St. Paul’s Evangelical Church (213 E. Broadway) where Kilian was a founding member. The church has a stained glass window memorial to Kilian who died in 1867. Elizabetha was a homemaker, and the couple had six children: five sons and one daughter. Near the time of Elizabetha’s death, the family was living in the Shardine Precinct, which we know today as Louisville’s South End. Image of Elizabetha from Find A Grave user Wayne & Diane (Eversole) King. 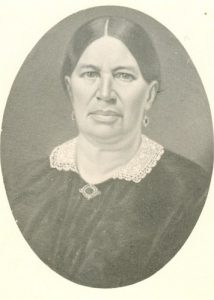 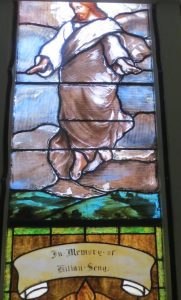 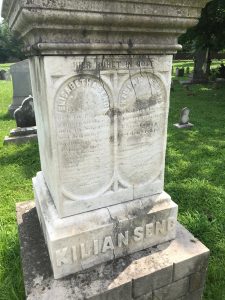