Posted on Aug. 25th, 2020 Comments Off on Ellen Lowe (Bullock) Taylor
Ellen Lowe (Bullock) Taylor (circa 1874-1960) was born to John and Mary (Snowden) Bullock circa 1874 in Louisville. She was one of at least six children. Ellen graduated from Central High School in 1889 and began teaching in Louisville’s African American schools while also continuing her education. She attended Kentucky State University, Indiana University, Indiana State Normal School, Columbia University, and the University of Chicago. On December 28, 1892 Ellen married Samuel Bartlett Taylor, a teacher and principal, and together they had two children: Samuel and Raymond. Ellen had stopped teaching after her marriage, but began again after the deaths of her husband and son Raymond. In 1918, she began teaching at Central Colored High School. She later became principal of Portland Colored School, Paul Dunbar Colored School, Mary B. Talbert Colored School, City Summer School, and the Louisville Colored Normal School. She also taught at Central Colored High Night School. Ellen was very active in a number of organizations: National Association of Colored Women, Kentucky Federation of Colored Women’s Clubs, National Association of Teachers in Colored Schools, Colored Orphans Home Society, and Plymouth Settlement House.
On June 8, 1953, Louisville Public Schools honored Ellen with a formal program that identified her as a symbol of the schools’ contribution to the history of Louisville. At the “This is Your Life Ellen L Taylor” program, she was praised by many of her former students. Furthermore, the official program noted the success of those who graduated from the Normal School during her administration. Ellen retired in 1944 at the approximate age of 70. Ellen owned her own home at 2329 Walnut Street (now Muhammad Ali Blvd.) in the Russell Neighborhood. Her sister Mary Bullock, a teacher, also lived with her. On May 10, 1960, Ellen died at the approximate age of 86. She is buried next to her husband in Eastern Cemetery. Neither have headstones. Many thanks to Carol Mattingly for her research on African American suffragettes. Photo of Ellen is from “Courier-Journal” June 9, 1953. 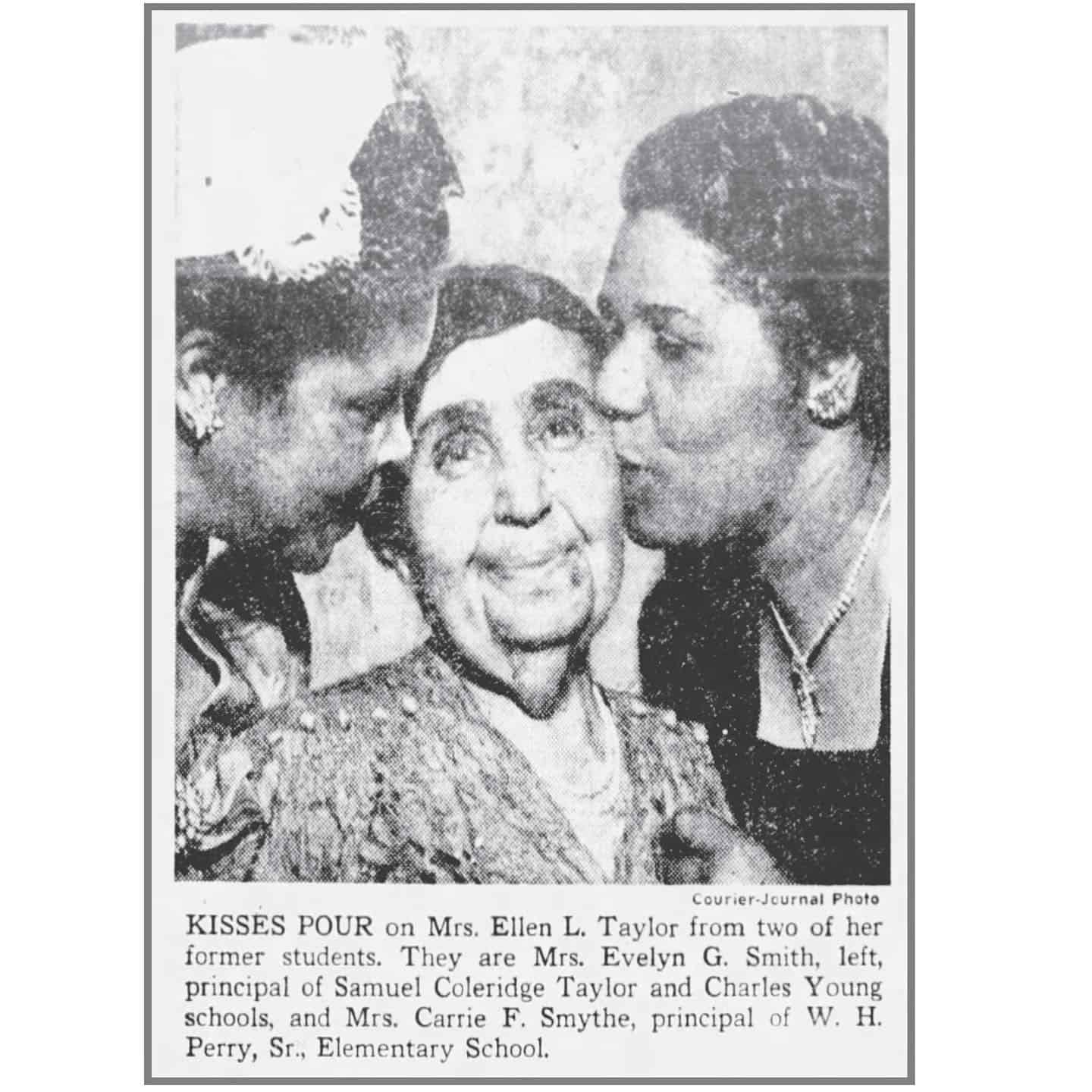