Posted on Sep. 9th, 2019 Comments Off on Flora (Kaltenbacher) Bremer

Flora (Kaltenbacher) Bremer (1860-1898) was the daughter of Ludwig and Pauline (Erdtel) Kaltenbacher, who were German immigrants. Flora was born in Evansville, IN in 1860. On January 6, 1885, at the age of 25, Flora married Henry Bremer. Together the couple had six children: three boys and three girls. There is very little information on Flora. However, Flora’s daughter Sophia married Dominic Ehrler in 1913. Dominic was the son of dairy farmer Joseph Ehrler. In 1924, Dominic and Sophia had secured 40 acres of land at 3231 Poplar Level Road and started what we know today as the Ehrler’s Dairy Farm. Three of their sons started processing the milk and selling it door to door. The business evolved into a full-scale processing plant that served all of Jefferson County, several surrounding counties, Southern Indiana, and Lexington. They also operated eleven ice cream stores. Image of Flora from Find A Grave user Stephanie Brown Kaltenbacher. 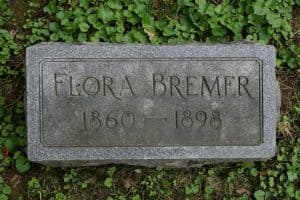 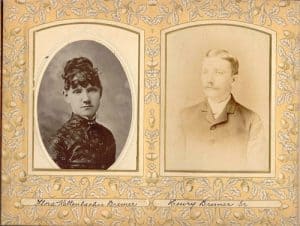