Posted on Aug. 25th, 2020 Comments Off on George and Katherine “Katie” Zeitz
George Zeitz 12/15/1819 – 6/18/1888
Katherine “Katie” Zeitz 10/20/1823 – 9/12/1898
George and Katherine “Katie” Zeitz both immigrated from Bavaria, Germany sometime before 1847. Together the couple had ten children: Jacob, Edward, Frederick, John, George, Daniel, Joseph, Charles, Catharine, and Christena. George and Daniel were twins born June 26, 1858. Jacob, the couples first child, was born in Louisiana on April 28, 1847. His obituary noted that he was born in New Orleans and moved to Louisville as a young child. Although it is not clear if George and Katie were married in Germany and immigrated to the United States together, research into Jacob’s early life does tell us that the couple likely first settled in New Orleans and then moved to Louisville. The other nine children were born in Kentucky.
George was a gardener and Katie kept house and tended to the children. According to the 1860 Federal Census, the couple was living in Gilmans, which is known today as the St. Matthews area. There were several laborers living with the family at the time of the Census and George’s personal estate was valued at $500. In 1869, the city directory more specifically noted that George was a gardener at the Shelby Market and the family was living on Main Street Road. As the family grew, the laborers seemed to disappear. By the time of the 1880 Census, George Jr., Joseph, Charles, Catharine, and Christena were all working for the family as assistant gardeners.
George died June 18, 1888 of chronic gastric complications at the age of 68. Katie died September 12, 1898 of Bright’s Disease/kidney disease at the age of 74. 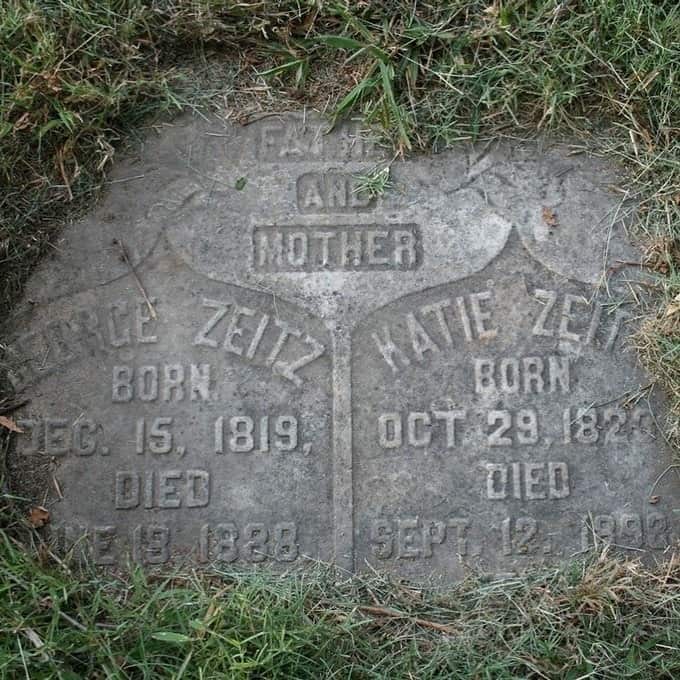