Posted on Aug. 25th, 2020 Comments Off on Georgia G. Moore
Georgia G. Moore (circa 1864-1915) was born circa 1864 in Kentucky. No information could be found on her parents or her early life. She had at least one sibling, Fannie (Moore) Northern who also lived in Louisville. The earliest record found for Georgia was an 1883 Louisville City Directory that said she was teacher living on 6th Street. According to Carol Mattingly with University of Louisville, “Moore was called the Phillis Wheatley of Kentucky, reading her own poetry at such occasions as Emancipation Day celebrations, where, according to newspaper reports she ‘brought down the house.’” Georgia was a teacher at Western Colored School and the Colored Special School, which was for students with behavioral issues or learning disabilities. She was also actively involved in suffragette Nannie Burrough’s National Training School in Washington, D.C. Georgia was very involved in civic organizations: Louisville Colored Teachers Institute, State Colored Teachers Association, Citizen’s Lyceum, and other Baptist women’s organizations. In 1914 she, along with Mrs. W. D. Thomas, debated attorneys W. H. Wright and Al A. Andrews on women’s right to vote. The two women spoke in favor of that right, while the two men argued against. The debate took place at the Western Library before a very large crowd and four debate judges (two women and two men). Georgia and Mrs. W. D. Thomas were unanimously declared the winners.
On November 7, 1915, Georgia died at the age of 51. At the time of her death, she was living at 1325 W. Madison Street in the Russell Neighborhood with the Henry siblings: John, Susan, and Maria. She left her $2,000 estate to them in her will. Georgia is buried in the Ladies Union Band lot in Eastern Cemetery. The lot shares one large monument to the group. In honor of Georgia’s 30+ years of distinguished teaching, the South Louisville Colored School was changed to the Georgia Moore School after her death. Many thanks to Carol Mattingly for her research on African American suffragettes. Georgia’s obituary is from the “Courier-Journal” November 8, 1915. 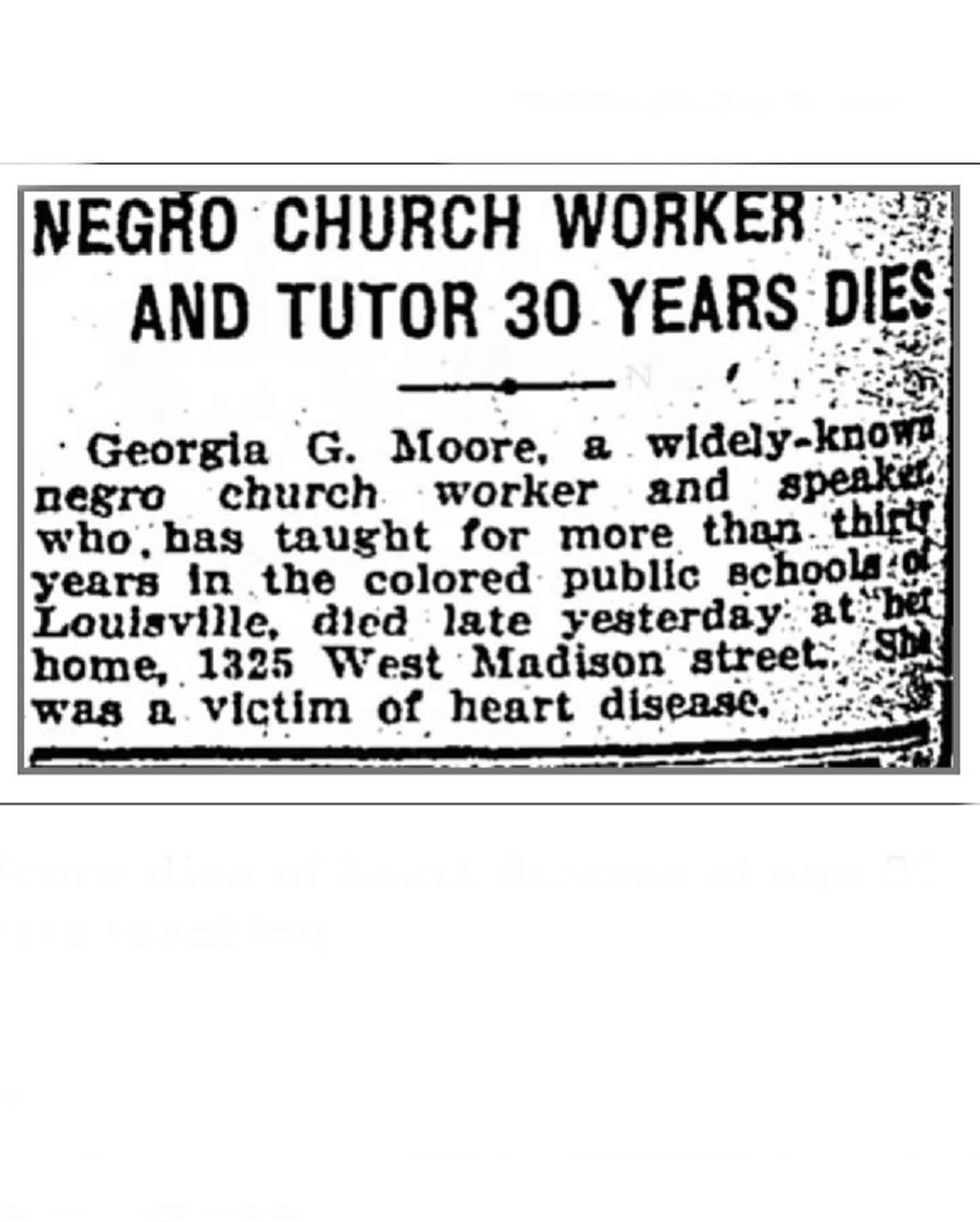 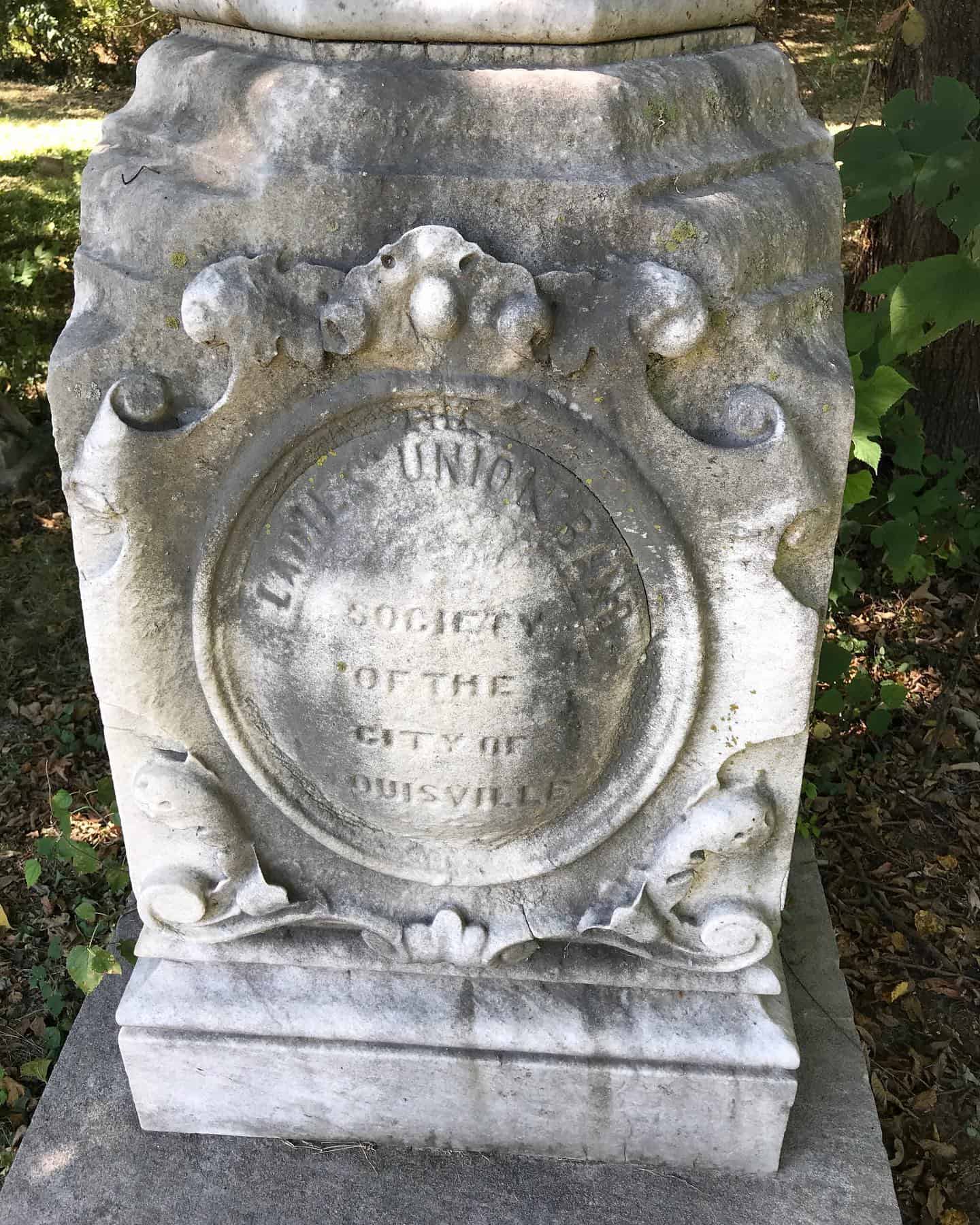