Horace Morris (1832-1897) was born a free man to Shelton Morris and Evelina Spradling Morris in Louisville. His father came to Louisville in 1828 after being emancipated in Virginia. He was a barber, bathhouse owner, and real estate speculator with his brother-in-law Washington Spradling. In 1841, Horace’s mother died and his father was accused of voting in the 1840 presidential election, which was illegal at the time. So, the family moved to Ohio. Horace completed his education in Ohio and actively engaged in the Underground Railroad. He married Wilhelmina “Willeann” Chancellor, who was ten years his junior. The couple made their way to Louisville in the late 1850s, where they were longtime residents of Magazine Street. The Kentucky African American Encyclopedia notes that Horace was the father of five children, however, upon research of Ancestry.com, only four children can be accounted for in his lineage. After the Civil War, Horace became prominent in local and state Republic Party politics. He was regarded as a skilled speaker who advocated for civil rights. Horace was considered a leader to both black and white Louisvillians. In December 1868, Horace was appointed cashier of the Louisville Branch of Freedman’s Savings and Trust. In 1881 there was a nationwide failure of the bank. He was the only African American summoned to Washington to help straighten out the messy accounts. Horace led campaigns for suffrage and education for African Americans, which led to the creation of public elementary schools and a high school for African Americans. He also helped found the Colored Orphans Home in 1878. Although it was short lived, he was a pioneering black newspaper publisher with “Kentuckian” in the early 1870s and the “Champion” in the early 1890s. He was the first African American to serve as steward at the Marine Hospital. He was a prominent Mason and an active member of Quinn Chapel A.M.E Church. Images of burial records are from University of Louisville. 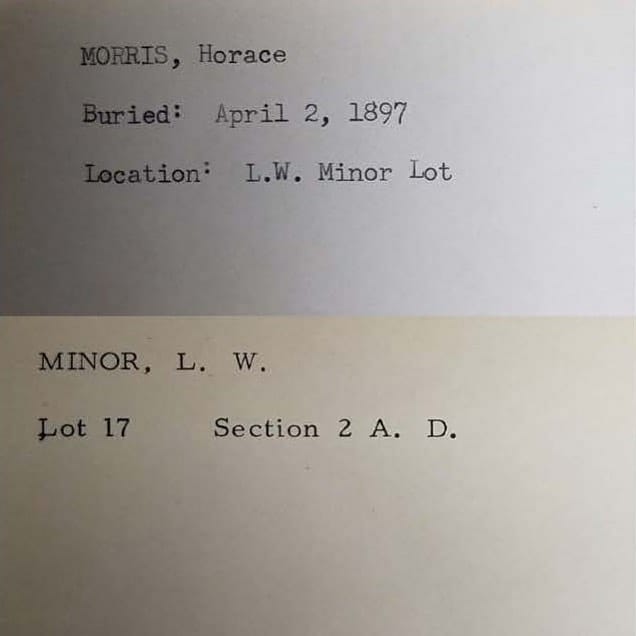