Posted on Aug. 25th, 2020 Comments Off on Isaac and Mary C. (Greenwell) Bailey
We asked some of our volunteers to pick their favorite monument. Amy Wright volunteers because she believes that if she helps someone here, then maybe that kindness will be passed along to others. She’s been curious about the Bailey stone because it stands in the very first section she helped mow, back in the early days of FOEC.
Isaac Bailey (circa 1842-1904) was the son of Jackson and Mary (Russell) Bailey. He was one of five siblings. The family lived in Muhlenberg County and moved to Jefferson County around 1860. On November 8, 1861, Isaac enlisted in the Union Army in Indiana. He was a member of the 3rd Indiana Cavalry Regiment, also known as the 45th Regiment Indiana Infantry. As part of Company G, Bailey was a member of the West Wing, which saw action at the Battle of Chickamauga. On August 1, 1864, Bailey was promoted to corporal. In December 1864, the West Wing companies were transferred to the 8th Indiana Cavalry Regiment. Bailey was discharged December 31, 1864. According to the 1870 Federal Census, Bailey was living in Fisherville and working as a farm hand. On September 16, 1879 he married Mary C. Greenwell in Bullitt County. Together the couple had three sons: John William, William Henry, and Dolly Harlan. Bailey worked as a fireman in Louisville. He was an engine driver for Engine Company #1 and then became the first engine driver for Engine Company #14 (1024 Logan St.) in the Shelby Park Neighborhood. Bailey and his family lived in a house next door to the fire station. Around 1900, Bailey was injured on the job. According to a “Courier-Journal” article from November 14, 1900, the department placed Bailey on the pension roll after he “overheated at a fire and paralyzed.” On January 9, 1904, Bailey died of complications from his paralysis. His widow remained in the house until her death on March 31, 1932. Her obituary in the “Courier-Journal” from April 3, 1932 stated she was known by the fire department as “Mother Bailey.” Firemen were pallbearers for her funeral. Isaac and Mary Bailey are buried next to each other in Eastern Cemetery. 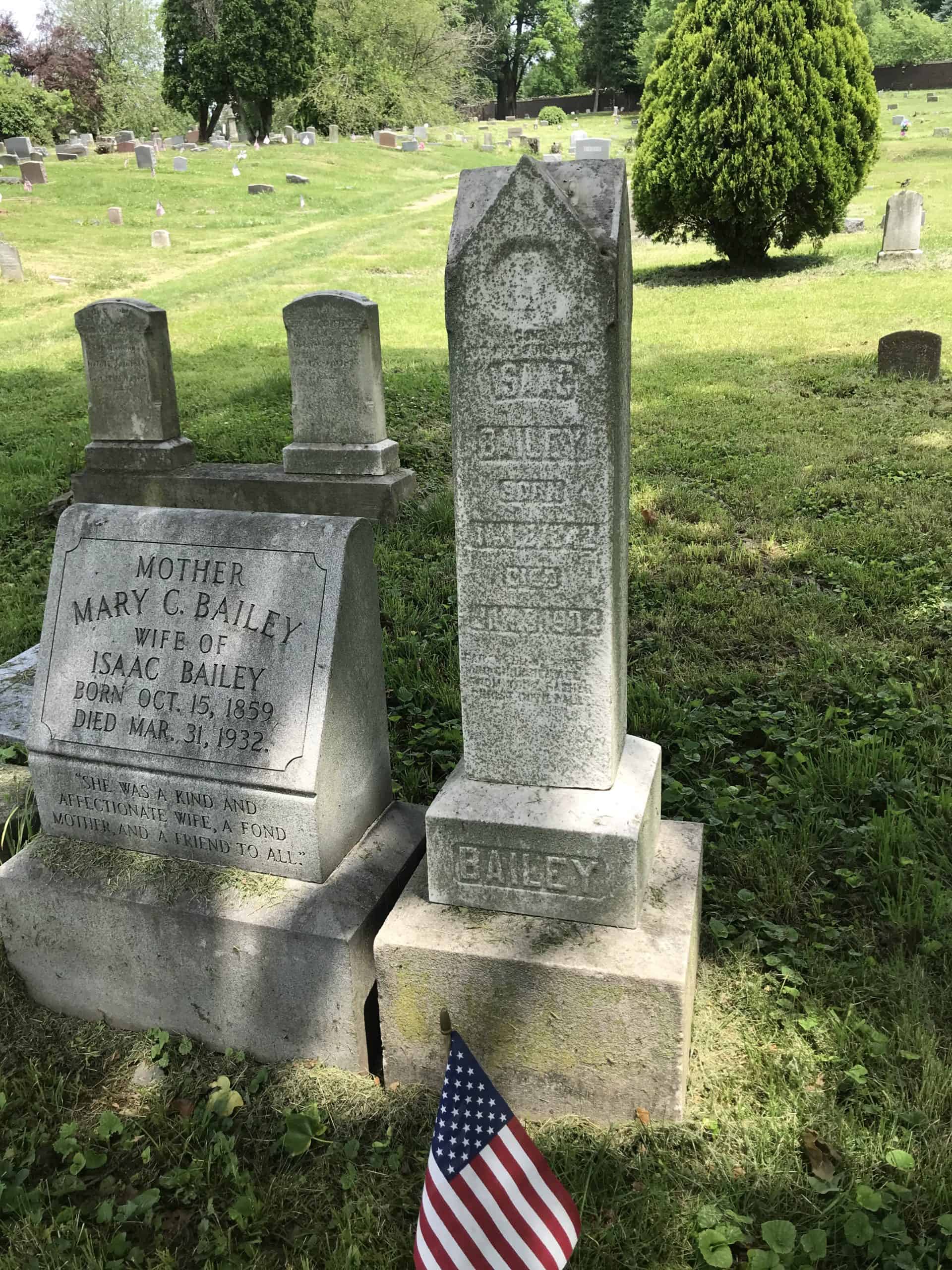 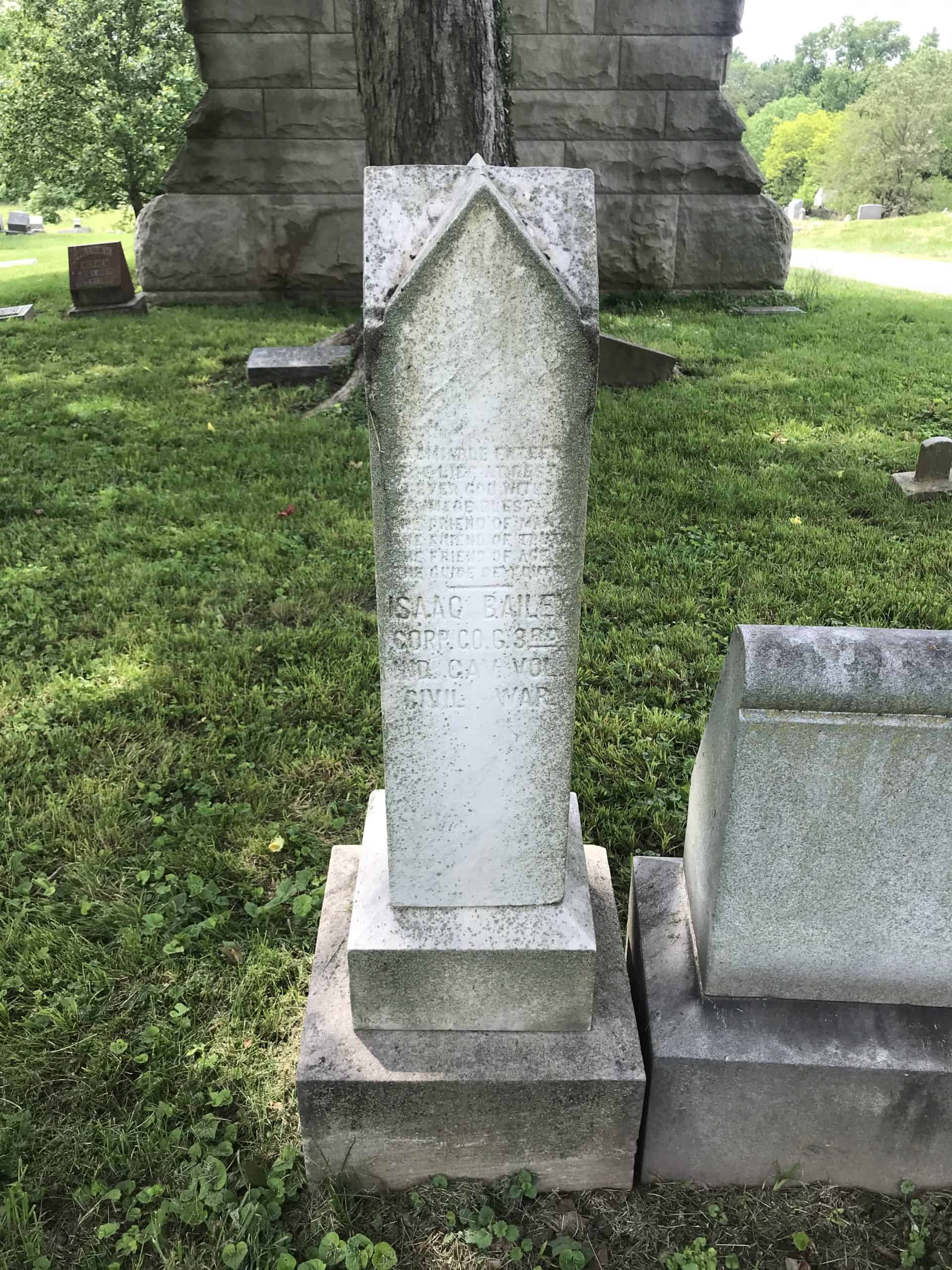