Posted on Aug. 25th, 2020 Comments Off on James Hepph Hishmeh
We enjoy sharing and celebrating the lives of the people who are laid to rest at Eastern Cemetery. Sometimes research can be tough. We wanted to feature James Hepph Hishmeh (1894-1961). He was a United States Army veteran, and he was an immigrant from Palestine. Beyond that, he seems to be a bit of a mystery.
The most information we could found on Hishmeh was from the United States Headstone Application for his military headstone at Eastern Cemetery. The applicant is listed as John Hishmeh, who identified himself as James’s brother in Horse Cave, KY. According to the application, at the time of his honorable discharge from the service Hishmeh was a Private in the 4th Pioneer Infantry during World War I. James Hishmeh died at the age of 67 in Louisville. At the time of his death, he was living at 3608 W. Market Street in the Shawnee Neighborhood. Two different versions of Hishmeh’s obituary were published in “Courier-Journal” and they do not really match. One obituary noted he was survived by 4 sisters and 2 brothers. However, the other obituary noted he was survived by a sister, Mrs. Meladeh Koury, and a brother, George Hishmeh, both of Milwaukee. Neither obituary indicated a spouse or children. Hishmeh is buried in Section 7, Row 19, Grave 17 of Eastern Cemetery.
Our research includes reviewing as many historic records we can find. These can include city directories; census records; birth, marriage, and death records; newspaper articles, etc. We were able to find records on James Hishmeh, but they don’t create a solid story as they usually do. It’s common to find incorrect spellings, birth dates, etc. but Hishmeh’s records were so different that we didn’t want to share incorrect information. Instead we see this as an opportunity to talk about the difficulties of research and to ask that if anyone knew James Hishmeh to please reach out and help us better tell his story. 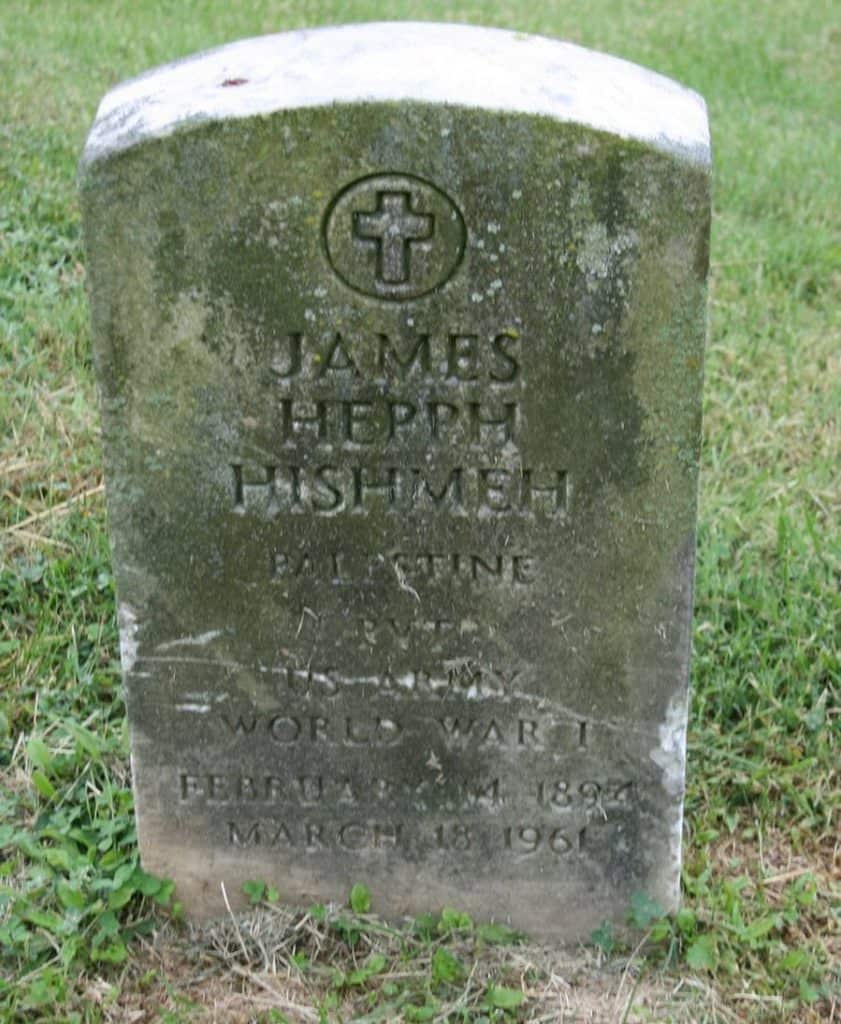