Jesse Davis Penney, Jr. (1900-1976) was born to Jesse and Mariah Penney in Madison County, AL. He was the eldest of eleven children. His father worked as a farmer. Penney enlisted into the Army on October 29, 1918 right before the end of World War I, so he was subsequently discharged December 17, 1918 after the war was over. On September 29, 1919, Penney married Betty Dancy in Madison County, AL. The couple did not have any children. In 1920, they were living in Huntsville, AL where Penney worked as a laborer for the electric company and Betty worked as a cook for a family. By 1936, Penney and Betty were living in Louisville at 909 S. 17th Street, and Penney was working as a waiter for the Kentucky Hotel. Soon they moved to 1817 W. Madison Street in the Russell Neighborhood. Penney worked as a machinist at Fort Knox and was a member of the Chestnut Street YMCA Retired Men’s Club. Betty died on May 29, 1975 and Penney died on November 18, 1976. They are both buried in Eastern Cemetery. 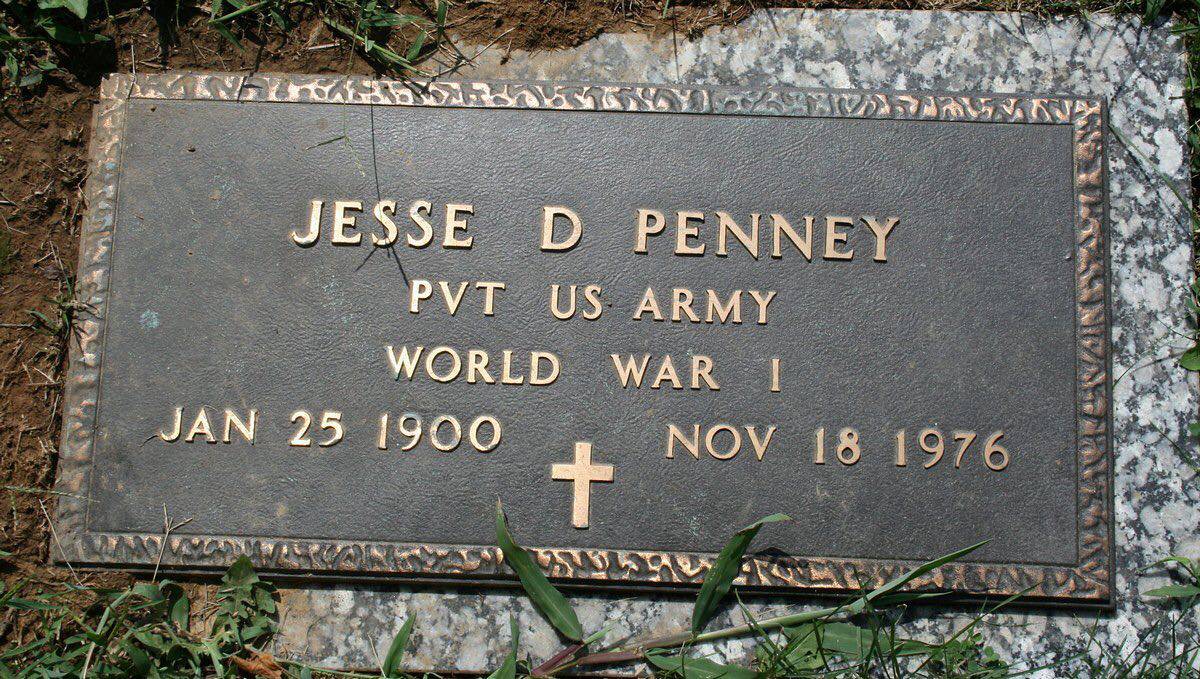