Posted on Aug. 25th, 2020 Comments Off on John O. Blanton, Jr.
John O. Blanton, Jr. (1885-1962) was born in Versailles, KY to John O. and Eliza Blanton. He was one of seven children. By 1910, Blanton was living at what is now known as Simmons College and working as a teacher there. On November 24, 1915, Blanton married Carolyn Steward, daughter of William H. and Mamie (Lee) Steward (who are both featured this month), and together they had two children: John William, and Mamie. Blanton and his family lived with William H. and Mamie Steward in their house at 621 S. 8th Street, even remaining there after the Stewards passed away. Blanton taught at Central High School for a number of years before becoming president of American Mutual Savings Bank. Blanton was a member of the Fifth Street Baptist Church as well as Alpha Phi Alpha fraternity. Additionally, Blanton served on the Louisville Urban League board for over 25 years. According to an April 27, 1959 “Courier-Journal” article about Blanton’s 25th anniversary there, “Blanton was said to be the person most closely associated with the league’s beginnings. He was credited with assembling the first group that became the league.”
John O. Blanton, Jr. died on October 9, 1962 and was buried in the Steward family plot in Eastern Cemetery. On October 18, 1970, the Fifth Street High Rise, Inc., an African American organization, broke ground on a 20-story senior citizens tower that they named the J.O. Blanton House for Senior Citizens (850 W. Muhammad Ali Blvd.). Blanton’s widow, Carolyn, and their two children attended the event. According to the “Courier-Journal” article, “She said she hoped the building and the memory of her husband might be an ‘inspiration to the small-town boy, that one may make a success of life no matter what the color of his skin.’” Photo of John is from an April 27, 1959 “Courier-Journal” article. 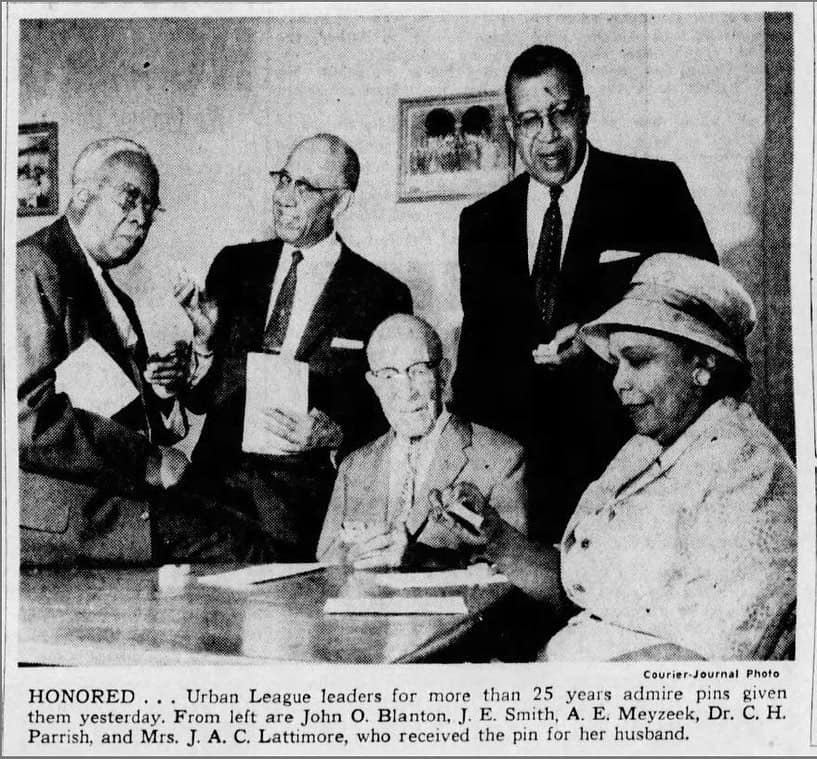 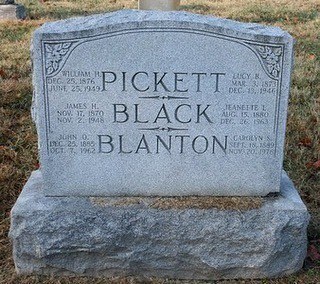