Posted on Aug. 25th, 2020 Comments Off on Louise (Westermann) Rastetter
Louise (Westermann) Rastetter (1850-1922) was born to Gabriel and Margaretha Westermann on June 22, 1850 in Oberotterbach, Germany. On May 22, 1866, Louise married Joseph Rastetter in Jefferson County, KY. It is not exactly clear why or when Louise immigrated to the United States; however, census records claim she arrived in 1860. According to the 1880 Federal Census, Joseph and Louise were living in a part of Louisville formerly known as Gilman’s Point, which is now the intersection of Frankfort Avenue and Shelbyville Road. Joseph was a gardener, and their household was comprised of Joseph’s father Thomas, a retired gardener, and their adopted children: Christian “Christy” and Elizabeth “Lizzie.” The census states that Christian and Elizabeth were adopted, which is not commonly seen. By 1900, the couple was living on Payne Street and Joseph was a landlord. At the time of the 1910 Federal Census, the couple was still living on Payne Street, specifically at 2213 Payne Street in the Clifton Neighborhood. Joseph was enumerated as a retired gardener. On September 27, 1914, Joseph died from cancer. By the time of the 1920 Federal Census, Louise’s son Christian had moved in as did Joseph’s sister, Amelia (Rastetter) Whalen, a widow. On December 18, 1922, Louise died from cancer. Joseph, Louise, and Christian are buried together in Eastern Cemetery and share a monument. According to death records, their daughter Elizabeth (Rastetter) Kurz is also buried in their lot but does not have a headstone.
The house where Joseph and Louise lived is now known as the Thomas Rastetter House (2213 Payne Street). In 1843, Rastetter purchased a 15 acre tract south of the Louisville and Shelbyville Turnpike. The 1858 Bergmann map confirms its location between Frankfort Avenue and Payne Street. The Rastetter House is the oldest farm house still standing in the Clifton Neighborhood. The house originally faced the Turnpike and had a deep setback. At some point after 1884, the year Payne Street first appears on the City of Louisville Atlas, the main door was reoriented to face Payne Street. The photo of the house is from Historic Louisville Guide. 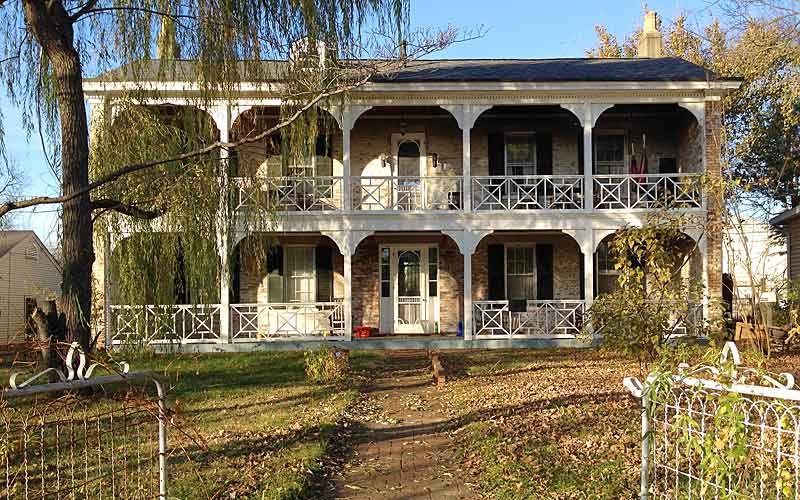 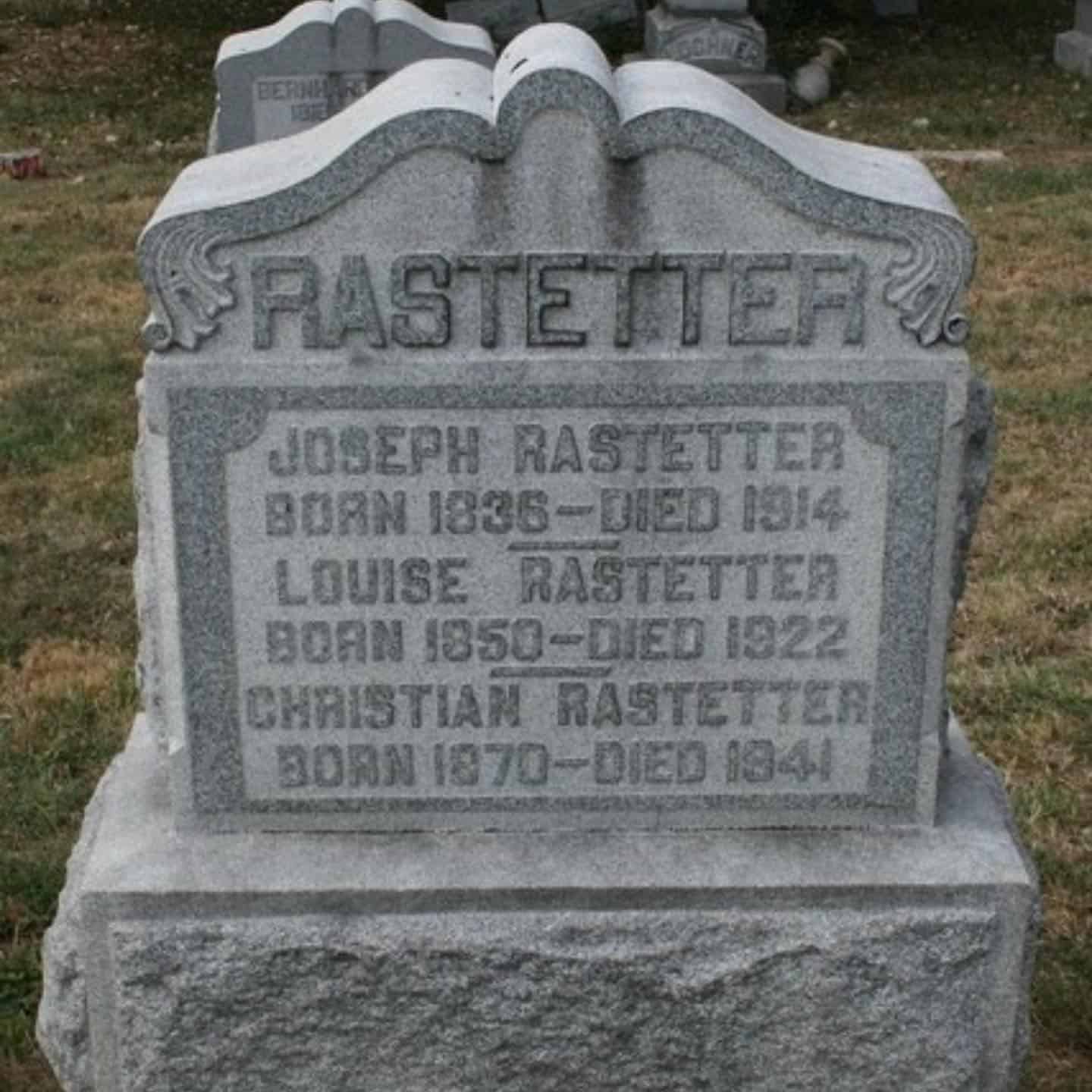