Posted on Aug. 25th, 2020 Comments Off on Louvisa Melisa “Lue” (Rodman) Love
Louvisa Melisa “Lue” (Rodman) Love (1855-1938) was born to William Rodman and Rebecca Reed on April 10, 1855 in Arkansas. Louvisa was one of six children; she had four sisters and a brother. It seems that the family lived on a farm and allowed sawmill workers to board with them. At the time of the 1870 Federal Census, Louvisa was twelve. There were six sawmill workers living with the family, and one of them was twenty-six-year-old Joe Moore of Tennessee. On October 10, 1875, Louvisa and Joe were married in Monroe County, AR. Joe was thirty-six and Louvisa was twenty-two. Together the couple had five children. Joe died in 1885 at the age of forty-two. He is buried in the Moore Family Cemetery in Bybee, TN. Louvisa appears to have had a son in 1892, seven years after the death of her husband. According to the 1900 Federal Census, the son’s name was Fred Eckstine. By the time of the 1910 Federal Census, he was going by Fred Moore. Fred died in 1964, and his death certificate indicated his name was Fred Walter Eckstine Moore. It also stated that his father was Henry Moore. However, other documents claim his father was Henry Eckstine. We could not clarify this information further.
On July 3, 1895, Louvisa married Thomas Love who was from Scotland. The couple was married in Indiana and settled on Adams Street in the Butchertown Neighborhood in Louisville. Thomas worked as a butcher and helped to raise Louvisa’s children. Together, Louvisa and Thomas had one child: Lillyian. By 1920, the family was living at 1504 Story Avenue, still in Butchertown. Thomas died of stomach cancer on May 31, 1931. He is buried at Resthaven Cemetery. He was working as a night watchman at the time of his death. Louvisa died at the age of 83 from cardio renal disease on May 5, 1938. She is buried at Eastern Cemetery. Photo of Louvisa is from Find A Grave user GBRooneyiv. 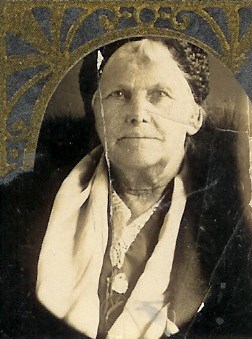 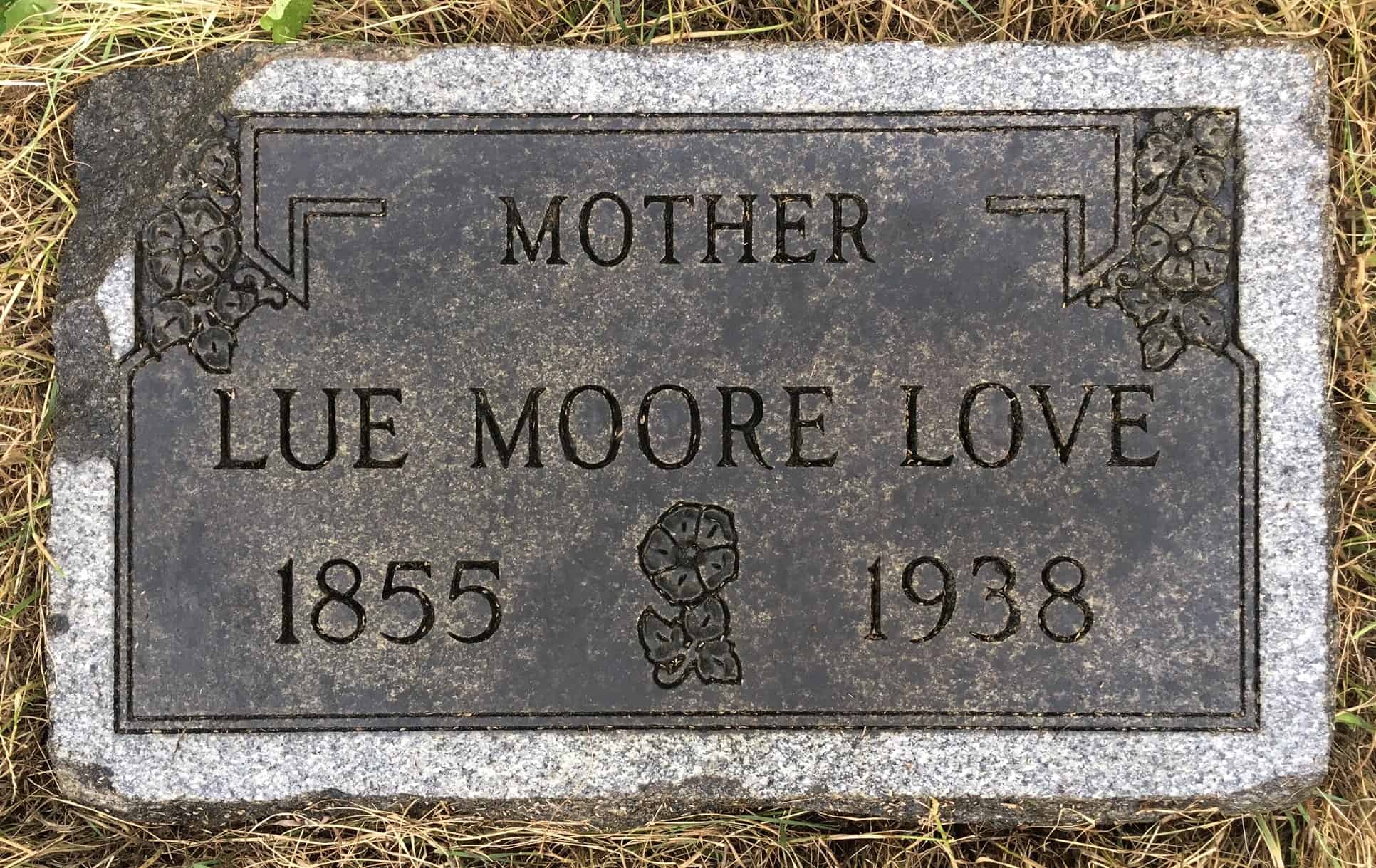