Posted on Aug. 25th, 2020 Comments Off on Lyman Beecher Goodloe

Lyman Beecher Goodloe (1876-1936) was born to Squire Goodloe and Ellen Green on February 11, 1876 in Perryville, KY. Lyman had four brothers and three sisters. In 1904, Lyman graduated from the State University Colored College. The ceremony was held at Macauley’s Theater where Lyman was one of eight graduates who delivered an oration. He also delivered the valedictory. After graduation, Lyman worked as a teacher for several years. He married Jennie L. Bacon in Clark County, IN on August 18, 1910. Lyman was storekeeper at 819 W. Walnut Street at the time. On December 4, 1912, the couple had a daughter Rose Ellen who eventually became a teacher. On June 19, 1918, Lyman was drafted for WWI and required to report to Camp Zachary Taylor for entrainment. We could not find any other records about his military service. At the time of the 1920 Federal Census, Lyman and Jennie were living in a house they owned at 1933 W. Madison Street in the Russell Neighborhood. They would remain in this house for decades. In 1920, Lyman was working as a Pullman Porter and Jennie was at home taking care of Rose Ellen. According to city directories, Lyman worked briefly as an agent for the Mammoth Life and Accident Insurance Company before becoming a storekeeper. He was a United States Storekeeper and Gauger (USS & G) for the Internal Revenue Service. He ensured distilled spirits were weighed and taxed accordingly and was responsible for affixing the official tax stamps to the casks. Lyman died suddenly from a cerebral hemorrhage on November 18, 1936. He was 60 years old. 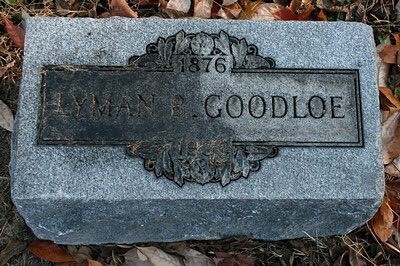