Mamie E. (Lee) Steward (1858-1930) was born free to Isaac Lee and Caroline Allen in Lexington. She attended private schools, where she excelled in music. On April 25, 1878 she married William H. Steward, also featured this month. Together they had four children: Lucy, Jeannette, William Jr., and Carolyn. An accomplished musician, Mamie taught and head the music department at Simmons College of Kentucky. She was employed there for 40 years. She also served as organist at Fifth Street Baptist Church. Mamie was a part of the women’s club movement on the local, state, and national level. Mamie wrote articles for Baptist publications on racial elevation, child upbringing, and community improvements. In 1883, she was one of the founders of the Baptist Women’s Education Convention. Mamie was also a founding member or officer for the following clubs: Louisville’s Woman’s Improvement Club, Kentucky Association of Colored Women’s Clubs, the Ladies Sewing Circle, the National Association of Colored Women’s Clubs, and Louisville’s West-End Republican League of Colored Women. She also served on the Board of Directors for the Colored Orphans’ Home. In 1930, the Mamie E. Steward Friendly Group was established in her honor. Mamie died on March 21, 1930 after a two year illness. At her funeral, National Association of Colored Women’s Clubs member Lindsay Davis said, “Beautiful in person, beautiful in life, beautiful in character, always congenial, always lovable, always amiable, always affable, always patient, always happy, she had an unlimited circle of friends at home and abroad who knew her worth, who commended and approved her work and called her blessed.” First photo is from University of Louisville Photographic Archives of Simmons College faculty and staff. Mamie is seated in front row. Her husband is standing in right upper corner. Photo of Mamie is from the “Kentucky African American Encyclopedia.” 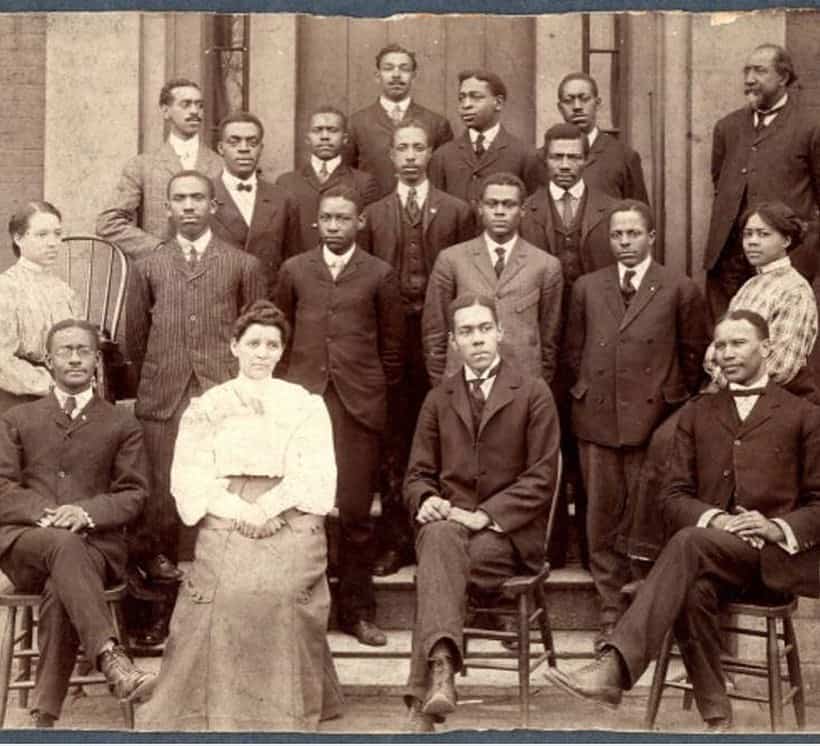 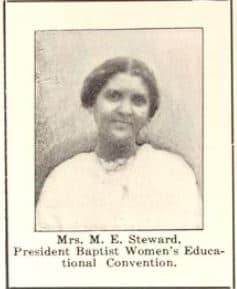 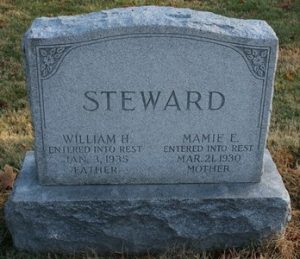