Posted on Aug. 25th, 2020 Comments Off on Maria Fredericka (Zucker) Fegenbush
Maria Fredericka (Zucker) Fegenbush (1837-1930) was born to Gottlieb and Katrina Magdalena (Metzger) Fegenbush in Kleinsachsenheim, Germany. German records are difficult to obtain, so there is very little information about Fredericka’s early life. She immigrated to the United States in 1854. According to Kentucky Marriage Records, she married Philip J. Fegenbush on April 26, 1860. However, some decedents say they were married as early as 1855, but no records were found to verify this. Philip was the son of Tobias and Maria Regina (Mann) Fegenbush II. The Fegenbushes were German immigrant farmers who lived in Two Mile House, a part of town off Bardstown Road now known as Buechel. Fegenbush Lane is named for this family.
Fredericka and Philip had ten children: John, Charles, Caroline, Mary, George, William, Edward, Emma, Margaret, and Grover. Philip was a farmer in Two Mile House and Fredericka cared for their children. The family frequently had farm hands living with them. On January 20, 1904, Philip died at the age of 78. He was buried in the Fegenbush plot in Eastern Cemetery. According to the 1910 Federal Census, Fredericka was a farmer living with her daughters Mary and Emma as well as three grandchildren and a farm hand. The grandchildren (John, Anne, and Charles) were children of John and Emma (Brohm) Fegenbush. Charles and John lived with Fredericka, Mary, and Emma for most of their lives. Fredericka died on February 5, 1930 at the age of 92. According to her “Courier-Journal” obituary, she died “at her residence on the Bardstown Road at Fegenbush Station.” She was buried in the Fegenbush plot in Eastern Cemetery. Frederick and Philip share a monument with his parents Tobias and Maria Regina. Fredericka and Philip’s children Caroline, Emma, and George are also buried in the plot. It appears that Emma is the only one with a headstone. 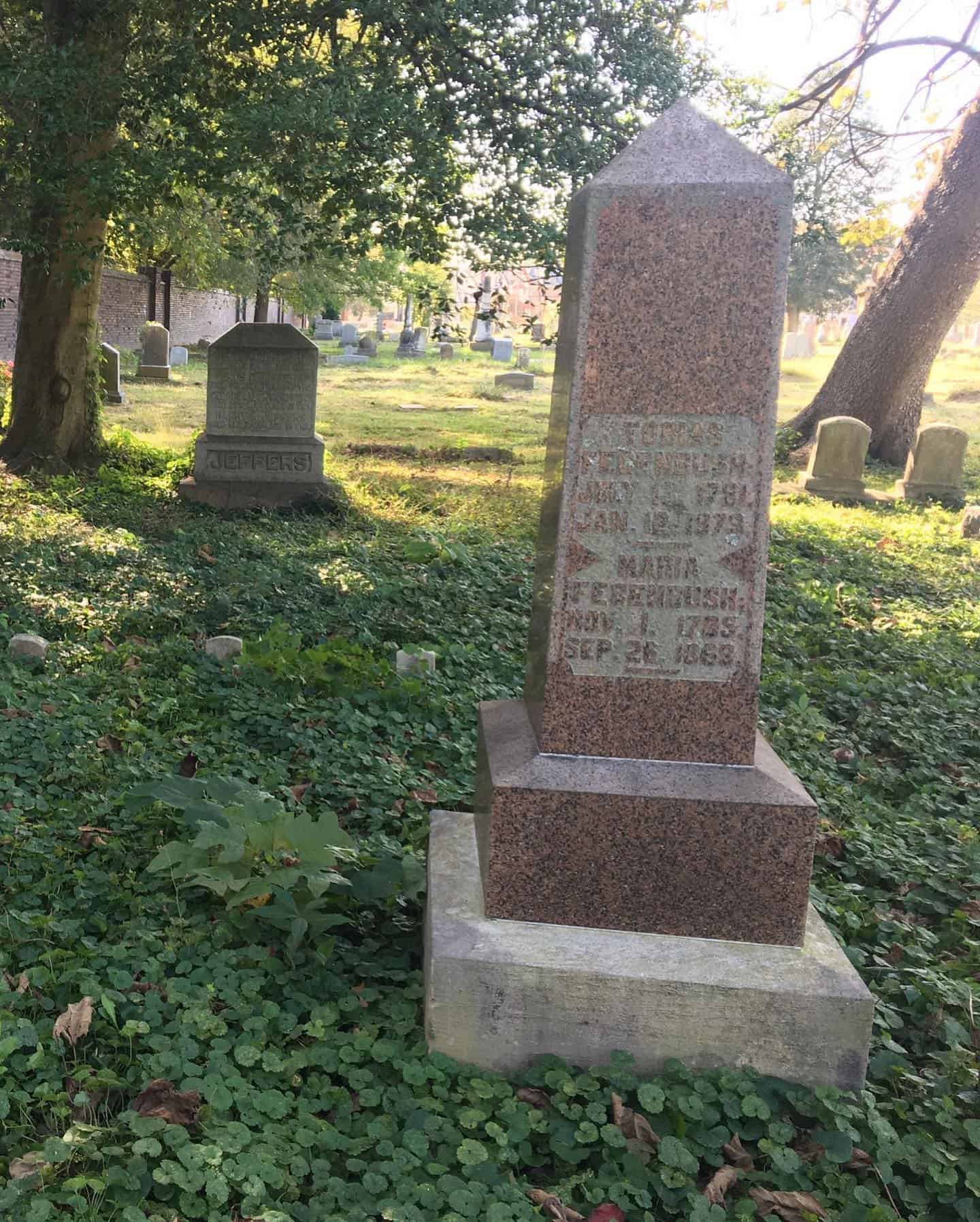 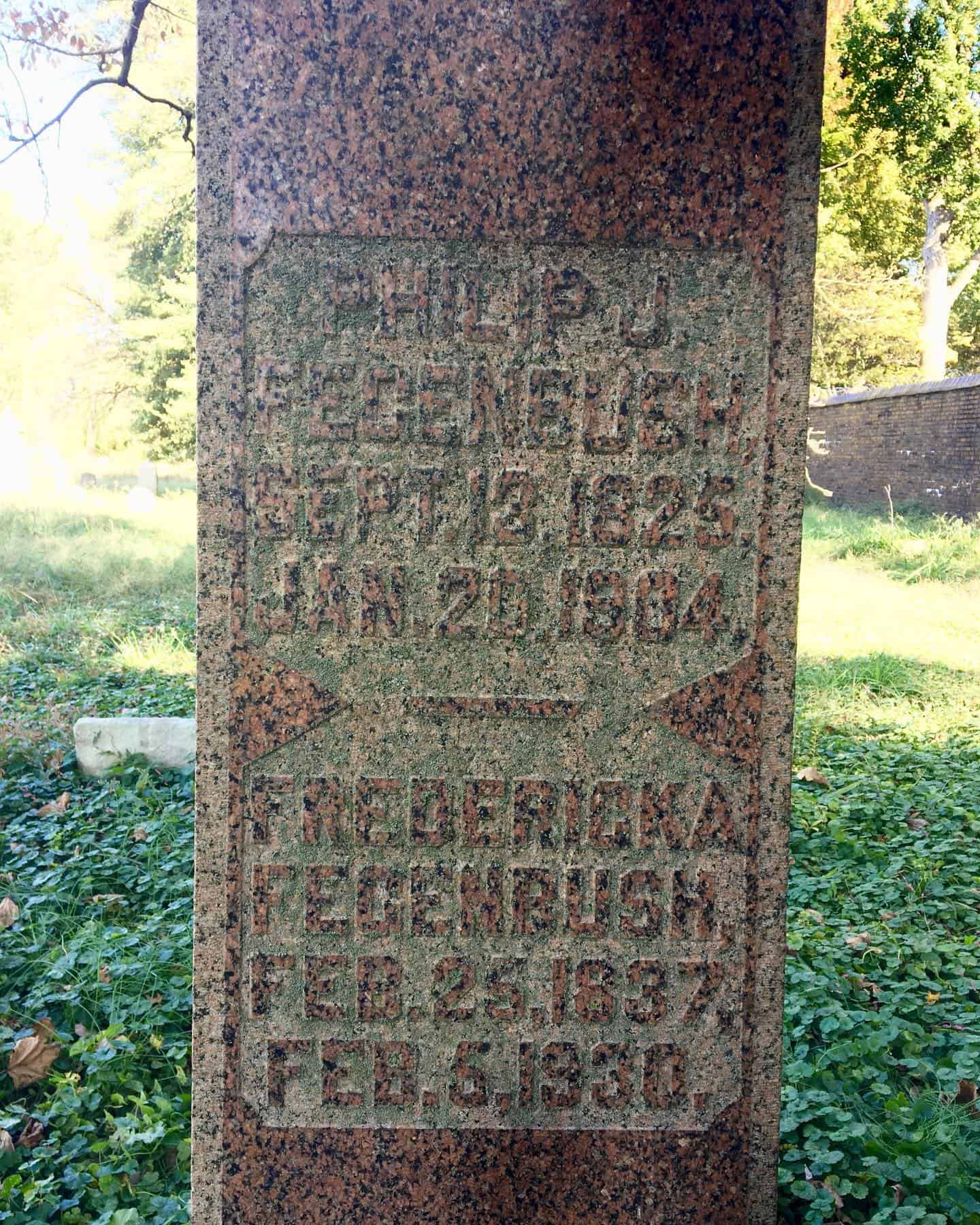