Mattie (Holsclaw) Kreis (circa 1880-1904) lived a very short life. She was born to Warren Holsclaw and Annie Dotson sometime around 1880-1881 in Taylorsville, KY. On November 23, 1903, Mattie married William Kreis in Jefferson County. The couple lived at 2018 W. Market Street. William was an examiner for Kaufman-Straus & Co. a local department store that operated in Louisville from 1879-1969. Just a little over a year after the couple was married, Mattie died of consumption/tuberculosis on December 4, 1904, at the age of twenty-four. At the time of Mattie’s death, the “Courier-Journal” described her as a rather pretty young woman. Both Mattie’s mother and William talked openly with the “Courier-Journal” about Mattie’s fear of being buried. William said, “she knew she was going to die. The idea of cremation was revolting to me but, she said that ever since she was a child, she had had a great horror of being buried in the ground. She often thought about medical students and grave robbers. And it seemed that she had long ago made up her mind that when she died she would request her body be burnt. I told her if it was her wish I would do as she said. It seemed to quiet her. She said if I didn’t, she didn’t know what she would do. The fear of being put in the ground seem to fill her mind, and the horror of her body being dissected always accompanied the fear.” William honored Mattie’s wishes of cremation. At the time of her death, the closest crematory was in Cincinnati. William accompanied her body to Cincinnati and returned to Louisville with her ashes. Mattie’s ashes are buried in the Kreis family plot at Eastern Cemetery along with William’s six brothers and his mother and father. The exact location of Mattie’s final resting place within the family plot is unknown. Image from “Courier-Journal” December 6, 1904. 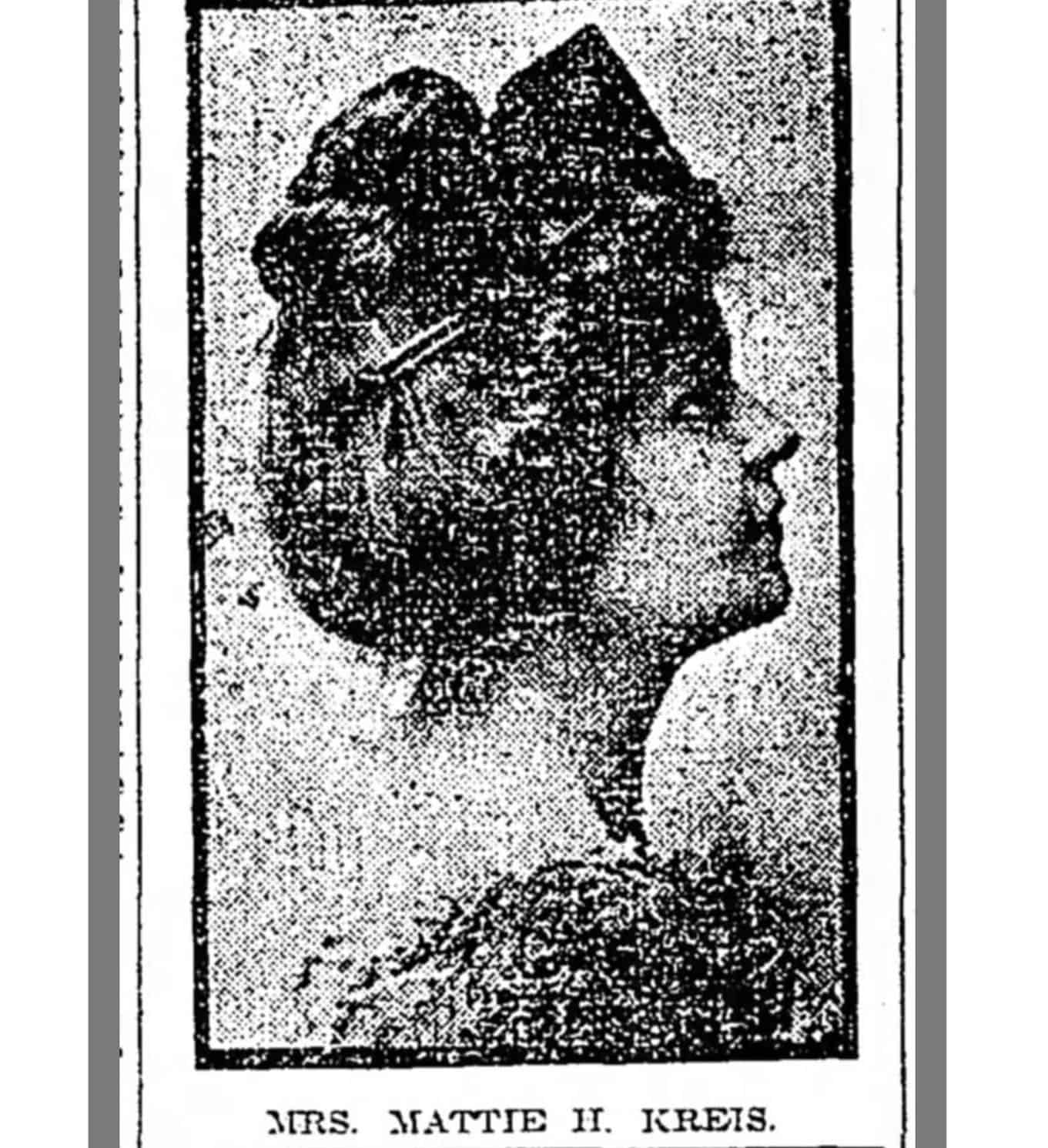