Mattie (Thomas) Lewis (circa 1856-1915) was a housekeeper, wife, and mother. She worked in the home of Henry S. “Tip” Tyler, the 27th Mayor of Louisville. Her husband Plummer Lewis was a Civil War veteran (28th U.S. Colored Infantry) and butler for Mrs. Henry S. Tyler and Col. John Boyle. Together, Plummer and Mattie had two sons: Plummer, Jr., and Cary B. who was an editor of the “Chicago Defender.” We could not find information about Mattie Lewis prior to 1880, and there does not appear to be much information about her life. Mattie lived during a time when neither women’s history nor African American history was frequently recorded. Image is from “Courier-Journal” October 22, 1915. 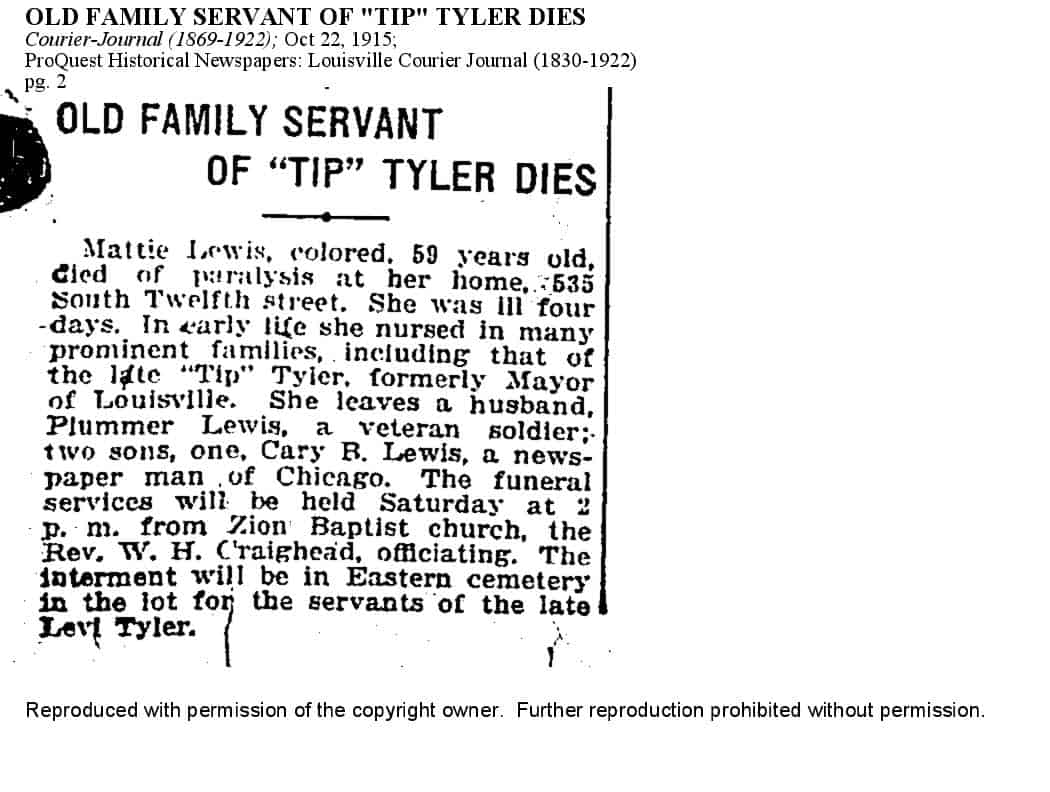