Maudellen (Brice) Lanier (1881-1972) was born to Louis and Harriet (Enty) Brice on March 10, 1881 in Pittsburgh, PA. According to Carol Mattingly with University of Louisville, Maudellen was born to literate parents who had never been enslaved. In 1900, she married Marshall Bell Lanier, a Presbyterian minister who became president of Simmons College. Together they had three daughters and one son. Maudellen also joined the faculty of Simmons College as part of the preparatory division, which helped students who were not prepared for college coursework. Maudellen later taught at Shelby County High School. The Laniers had leading roles in the African American community in Louisville and worked to advance the rights of African Americans. The couple lived at 1704 W. Chestnut Street in the Russell Neighborhood. Maudellen was a member and leader in a number of organizations, including Kentucky Baptist Women’s Educational Convention, Phyllis Wheatley YWCA, Red Cross Hospital Auxiliary, Scholarship Loan Department of the Kentucky Federation of Colored Women’s Clubs, National Association of Christian Women, 3-L Club, Louisville Ministers’ Wives Council, Georgia A. Nugent Improvement Club, and Executive Committee of the Kentucky Interracial Commission. Rev. Marshall Bell Lanier died in 1961 and was buried in Eastern Cemetery. Maudellen died in 1972 and was buried next to her husband. At the time of her death, Maudellen was living at 943 S. 47th Street in the Chickasaw Neighborhood. Many thanks to Carol Mattingly for her research on African American suffragettes. The photo of Maudellen is from Carol. 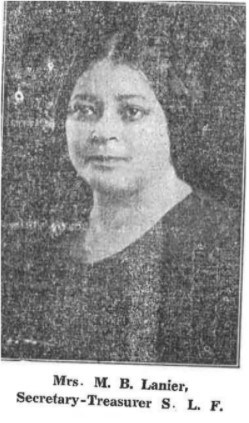 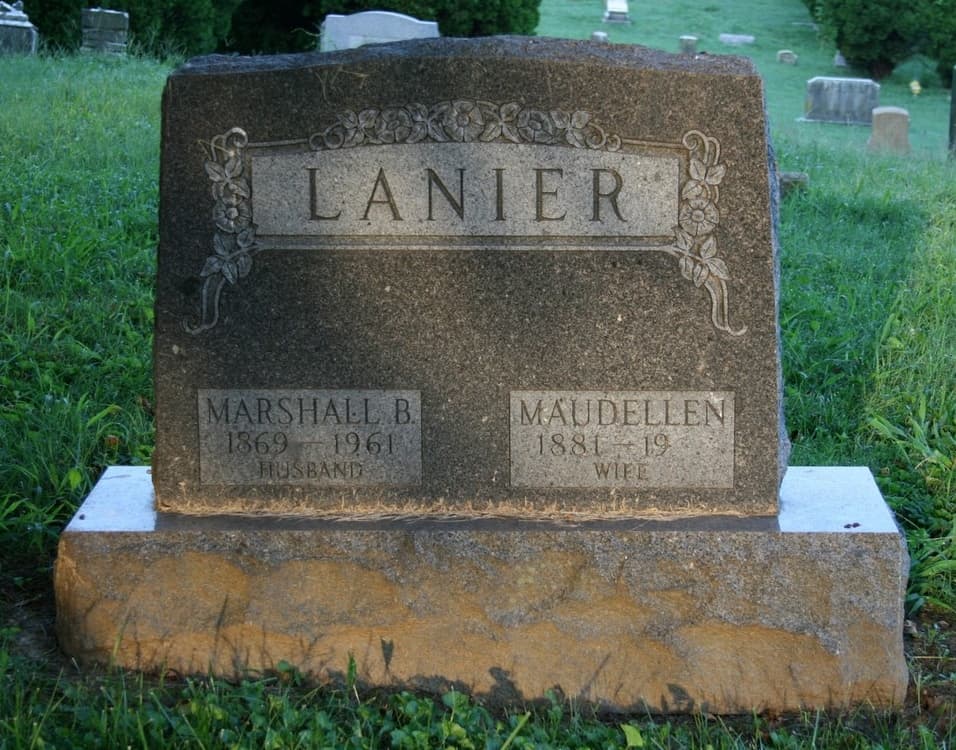