Nancy Jane (Sage) Newkirk (1832-1889) was born to George T. and Sallie (Harris) Sage in Clark County, IN. Not a lot of information could be found on her family. According to the 1850 Federal Census, her father was a farmer living with his five kids and mother Mary in Bethlehem, IN. On March 1, 1851, Nancy married James H. Newkirk in Indiana. Together the couple had six children: Sarah, Charles, George, Emma, Fannie, Frank, and James. According to the Federal Census records, the Newkirk family lived in Jeffersontown, KY. James worked as a huckster (a salesman) and writing master. Nancy Jane was a stay at home mother. On May 21, 1889, Nancy died from heart disease at the age of 57. She is buried in Eastern Cemetery. The photograph of Nancy is from Find a Grave user Judy Lawson. This type of photograph is called a cabinet card. They were first introduced in the 1860s as horizontal photographs and eventually evolved to vertical. Their peak popularity was the 1880s, and they began to decline in the 1890s as personal photography became commonplace. However, the last cabinet cards were produced well into the 1930s. Nancy Newkirk’s cabinet card was produced by J.M. Gregory at 810 Market Street in Louisville. Gregory appears in the Louisville City Directories between 1870 and 1893. However, he was only listed at 810 Market Street from 1886 to 1893, so that’s likely when this photograph was taken. 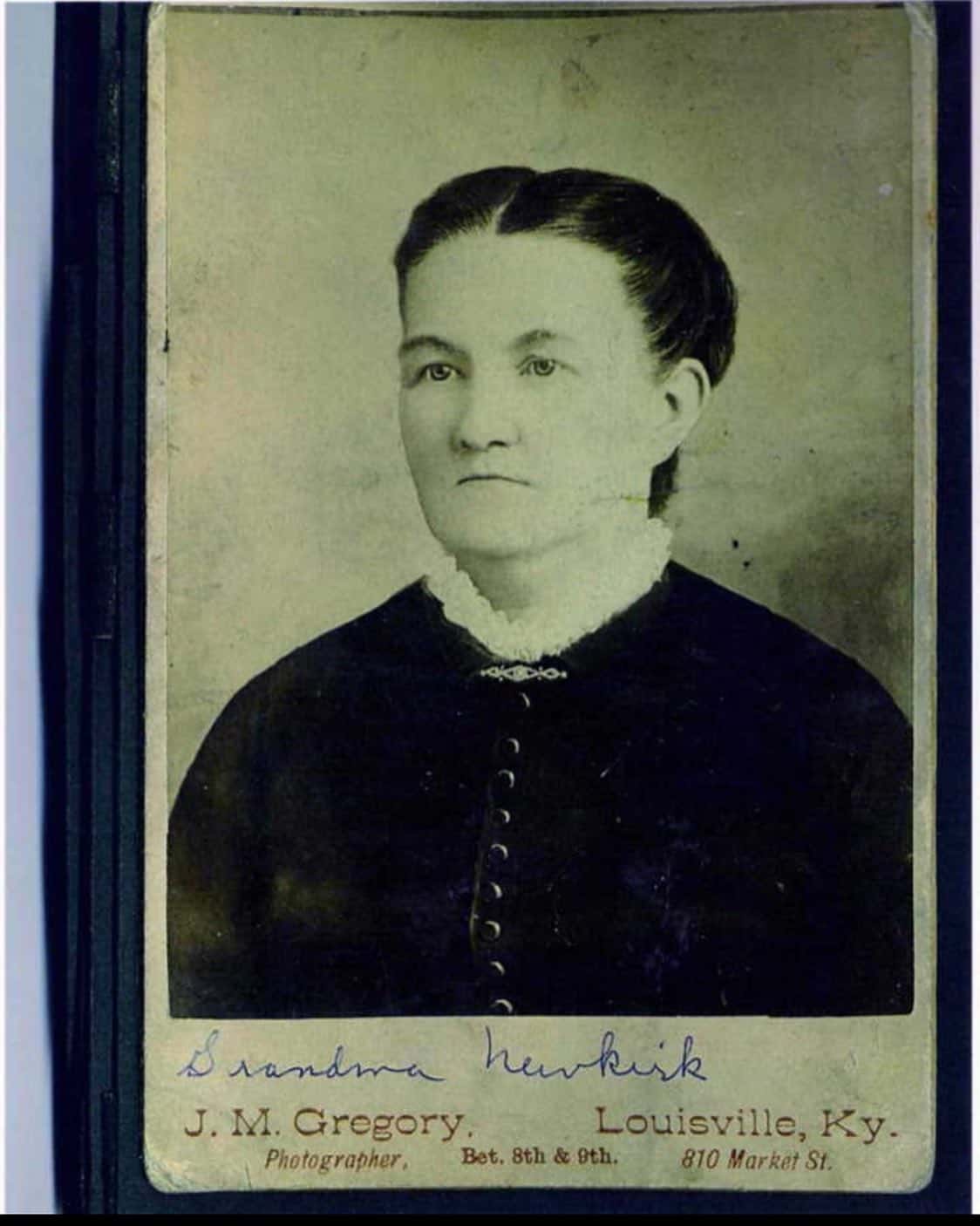