Nora Lee (Moreman) Payne (circa 1872-1933) was born to Jackson and Augusta (Jones) Moreman. Not much is known about Nora’s early life. On October 15, 1886, she married Aaron H. Payne, Jr. in Hopkinsville, KY. Together the couple had four children: Clarence, Marie, Augusta, and Aaron. As early as 1887, Nora was a teacher at the Hopkinsville Colored School where her husband was principal. They moved to Louisville around 1895 when Aaron was named principal of the Maiden Lane Colored School. Aaron was principal there for a number of years as well as superintendent for the Sunday-School Institute, which was established for African Americans, and the “colored night school” at 9th and Madison Streets. Aaron died on May 5, 1905. After his death, Nora became principal of the Maiden Lane Colored School, her husband’s former position. The school was later named the Benjamin Bannecker School. Nora went on to be principal of the Portland Colored School and the Mary B. Talbert School. Nora died on September 19, 1933. She and her husband share a headstone with an inscription that reads, “Teachers in the highest tradition. Louisville Public Schools. Parents of Clarence Henry, Marie, Augusta and Aaron III.” Aaron and Nora’s children all moved to Chicago, IL. Clarence became a physician, Marie was a teacher, Augusta was a mother, and Aaron became an attorney. 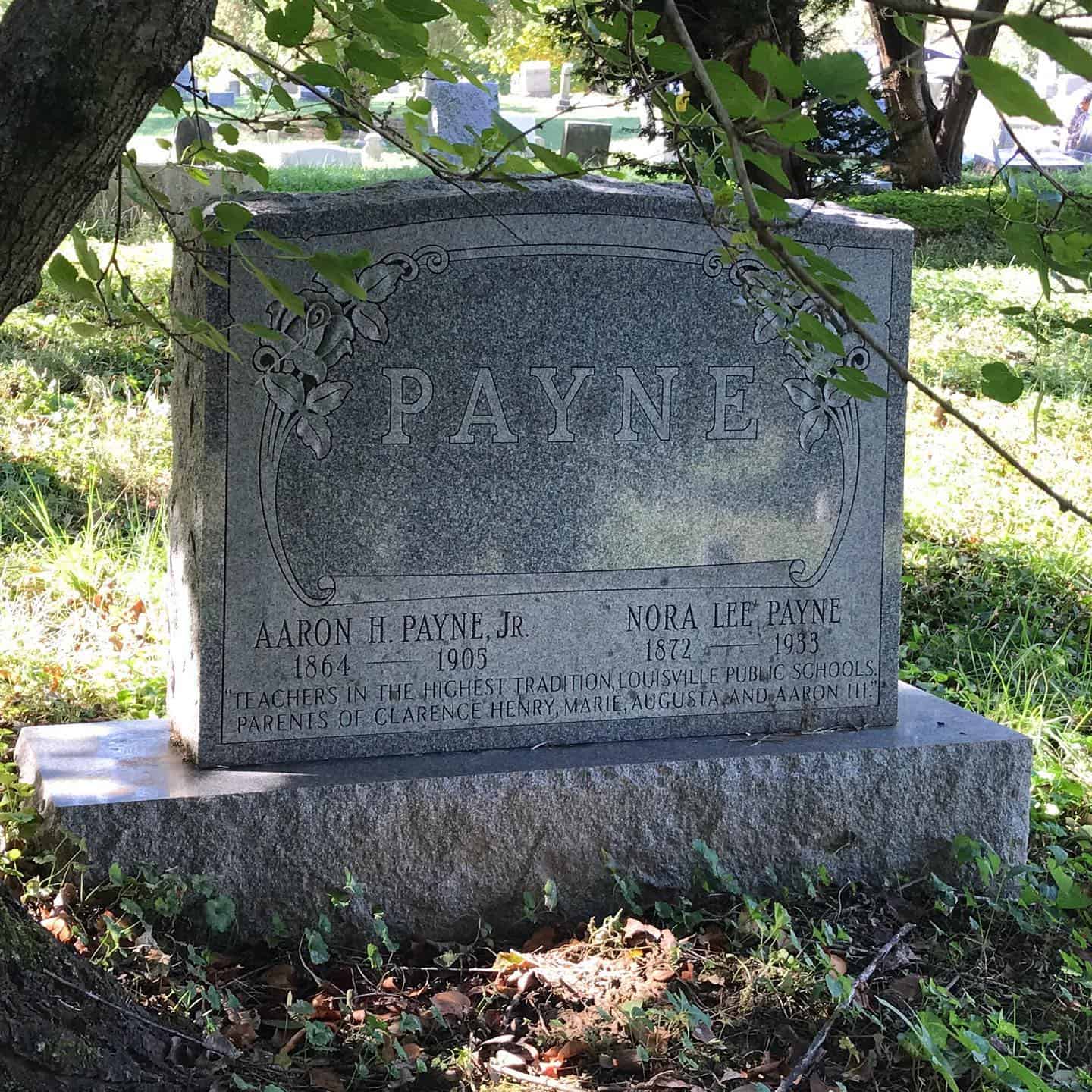