Ophelia (Crouch) Bowman Borders Bronnenberg (1850-1924) was born to Absolem and Louisa Ann (Sanders) Crouch on October 14, 1850 in Marion County, KY. Absolem was a farmer in Garrard County, KY. On August 17, 1865, Ophelia married John T. Bowman In Washington County, KY. Together they had one child: Harriet “Hattie” Bowman. John T. Bowman was a farmer and the family lived in Williamstown, KY. It is unclear what happened to John T. Bownman. He may have died or they may have divorced. By the 1880 Federal Census, Ophelia was married to John Borders, a teamster, and living in Lebanon, KY. Her daughter was living with them and noted as having consumption. They also have a son named Buford Cleaver and a servant named Mary. According to the 1900 Federal Census, Ophelia was living in Louisville with her daughter Hattie and her family: husband M. Daniel Bossing and three children (John R. Woods, Emma Bossing, and Hattie Bassing). Ophelia is enumerated as a widow working as a trained nurse. On May 8, 1911, Ophelia married Henry Bronnenberg, a first generation German American from Madison County, IN. Henry had also been previously married and had 10 children. Accoding to a “Courier-Journal” article May 10, 1911, the two married after knowing each other for only 12 hours. Henry died on October 31, 1918 and was buried in his family cemetery in Madison County, IN. According to the 1920 Federal Census, Ophelia was living with her son Buford’s family on Lonsdale Avenue in the Iroquois Neighborhood. Buford was a floor boss at a hardware factory. Also in his household was his wife Clara and their children Harold and Louise. Ophelia died on February 17, 1924 at her home at 1918 Maple Street and was buried in Eastern Cemetery. Her daughter and son are also buried there. Photo of Ophelia and Henry Bronnenberg is from Find a Grave user Sharon Benefiel Palmer. Newspaper article is from “Courier-Journal” May 10, 1911. 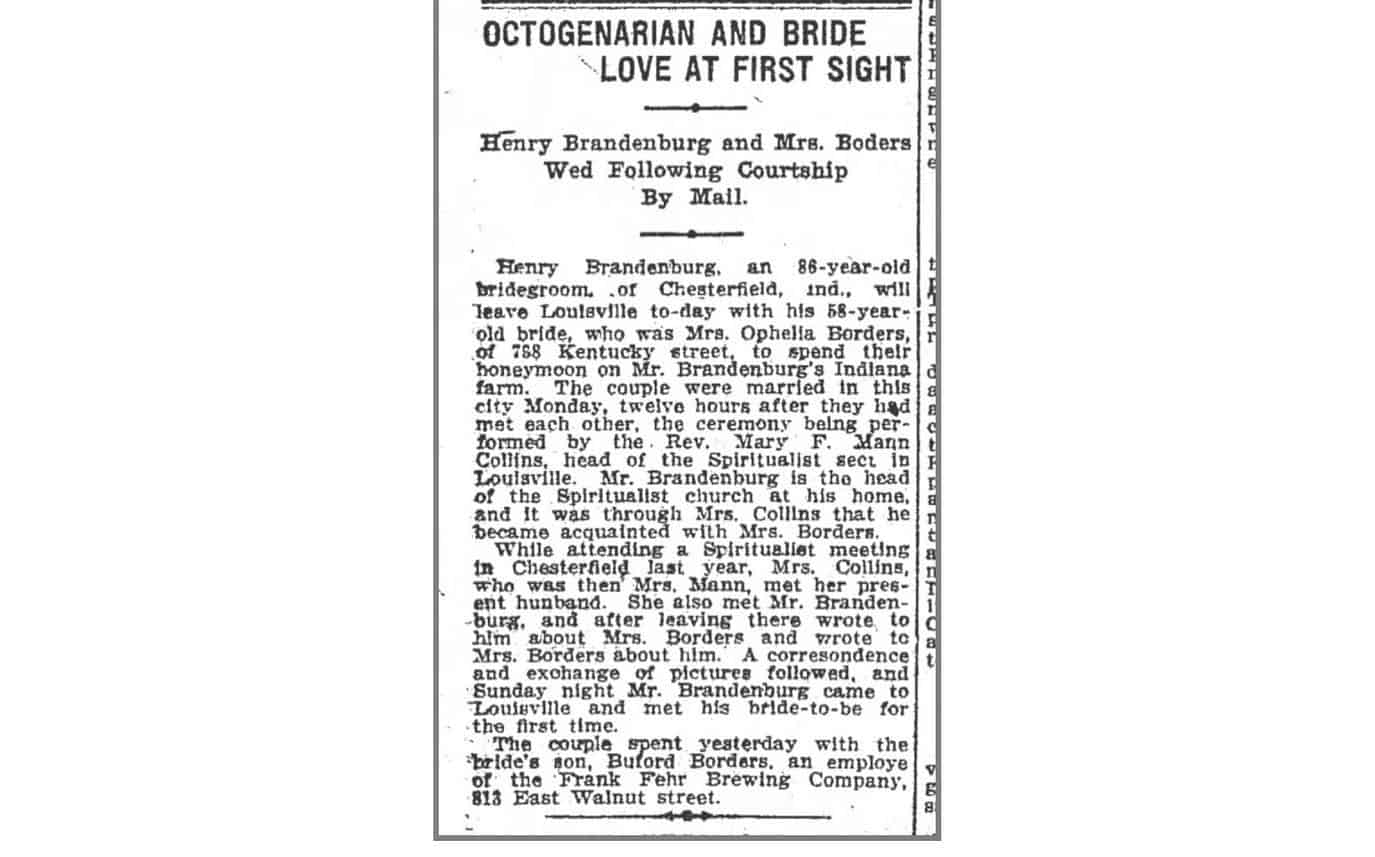 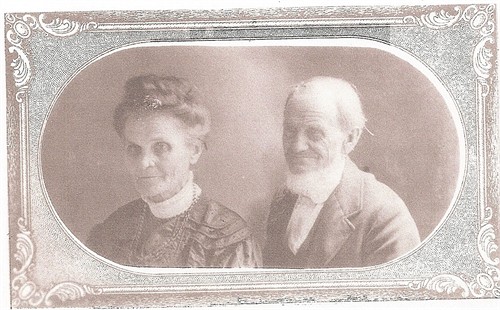 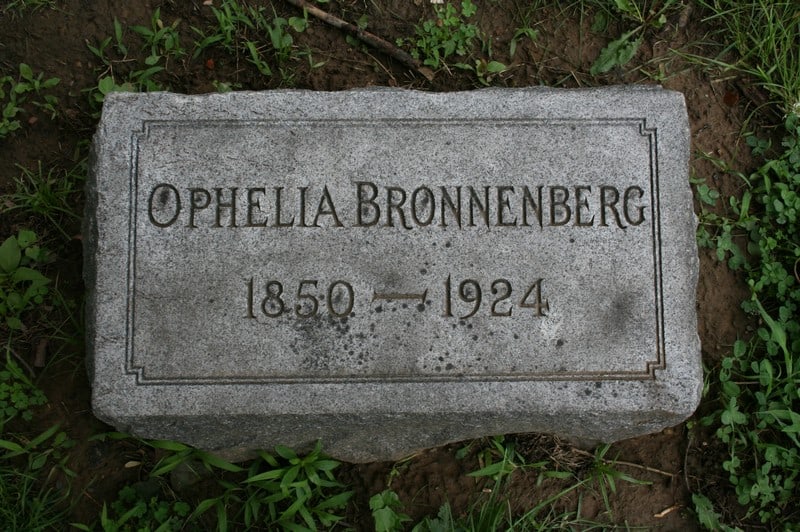