Posted on Sep. 9th, 2019 Comments Off on Raymond John Hambaugh

Raymond John Hambaugh (1925-1986) was born to Harry and Minnie (Bryant) Hambaugh on November 12, 1925. Harry and Minnie married in Louisville on December 3, 1906. Together, the couple had five children; their first child was born in 1909 and their last child, Raymond, was born in 1925. Raymond’s father died of pneumonia in 1933 when Raymond was only eight years old. By 1935, Raymond was living on a farm on Cane Run Road that was owned by William and Lillian Schildknecht. According to the 1940 Census, William and Lillian had two biological children and Raymond, along with four other young boys, were all “wards” to William Schildknecht. It is not certain if this was the case with Raymond, but during this time it was not uncommon for young boys to be used for farm labor when their parents did not have the means to raise them. When Raymond registered for the WWII draft at the age of 18, he was noted as being 135 pounds, 5’4” tall, with a light complexion and blonde hair and blue eyes. At the time he was working for Ballards Flour Mills. Raymond died in the Scott County Hospital in Indiana of pneumonia at the age of 60. At the time of his death, he was living at 2200 Duncan Street in Louisville. His brother Leo (2142 Duncan Street), three nieces, and four nephews were listed as Raymond’s survivors in his obituary. Raymond is buried in an unmarked grave at Eastern Cemetery. Photos are from Find A Grave user Eric Schumacher. 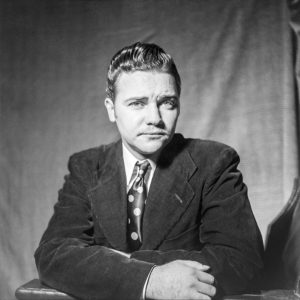 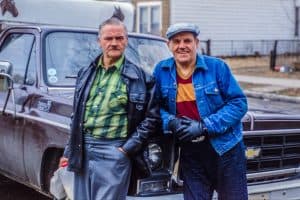