Posted on Aug. 25th, 2020 Comments Off on Rebecca Alice (Jones) Trigg
Rebecca Alice (Jones) Trigg (1911-1979) was born in Selma, AL. Not a lot of information could be found on her family. According to the 1920 Federal Census, Rebecca was the niece of Louis and Mary (Flood) Gibson and living in Tennessee with their children as well as three other adopted children, which were also Rebecca’s first cousins. Rebecca and the Gibsons moved to Louisville by 1930 where Louis was a preacher. The 1930 Federal Census lists Rebecca as the adopted daughter of the Gibsons along with their other niece and nephews. Sometime between 1936 and 1940, she married Evans S. Trigg. Marriage records could not be located. Together the couple had no biological children. However, they had at least three foster daughters: Ruth Moffitt, Clara Rogester, and Cleoda McElroy.
According to the 1940 Federal Census, Rebecca and Evans were living at 3325 Hale Avenue in the Parkland Neighborhood. Evans worked maintenance for the Stitzel-Weller Distillery in Shively and Rebecca was a secretary at Domestic and Supreme Life Insurance Co., also known as the Domestic Life and Accident Insurance Co. This company was established in 1920 as the Mammoth Life and Accident Insurance Co. by African Americans for African Americans. The couple were members of the Plymouth Congregational Church in the Russell Neighborhood. On June 18, 1979 Rebecca died. Evans died six months later on December 21, 1979. The couple is buried together at Eastern Cemetery. Neither have a headstone. The photo is a Google photo of 3325 Hale Avenue. 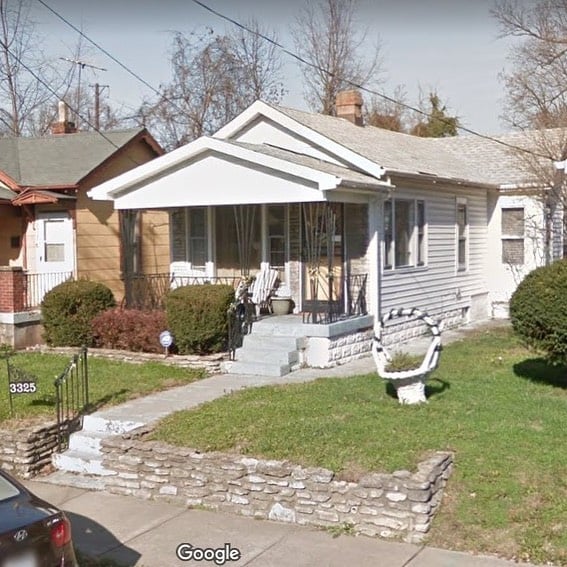