Posted on Aug. 25th, 2020 Comments Off on Rev. George D. Olden
Rev. George D. Olden (circa 1846-1935) was born into slavery in Kentucky. There is not much written on his life, so it is unclear whether Olden was freed or ran away when he joined the Union Army during the Civil War. He was a member of the US Colored Troops 108th Infantry, organized in Louisville between June 20 and August 22, 1864. It was mustered out, or disbanded, March 21, 1866. Around 1893, Olden was living in Topeka, KS where he as was pastor for Second (B Street) Baptist Church, later known as the First African Baptist Church. On January 1, 1900, one of Olden’s sermons was printed in the “Topeka State Journal.” Olden showed a photograph of a slave auction block. He said, “This auction block and the persons standing upon it represent my mother, a brother and myself, as we were being sold in front of the court house in Henderson, Kentucky, on the 1st day of January 1859. This was the third time we were sold. At this sale a man by the name of Dr. Johnson bought us for the sum of $1,500. At that time my brother being 9 years of age, and I, 11 years of age.” Olden used this story to show that, “Never in the historic of the American negro were his prospects brighter in everyway for the future than they are today.”
Sometime between 1900 and 1910, Olden married Olive Robinson of Jeffersonville, IN. No marriage records could be located; however, he is listed as widowed on the 1900 Federal Census and listed as married to Olive on the 1910 Federal Census. That census document also shows this was Olden’s third marriage while this was Olive’s first. By 1923, Olden and Olive were living in Louisville. According to city directories and census records, Olden worked as a pastor, but we could not determine where he worked. From at least 1927-1935, Olden was chaplain of the Kentucky Department of the Grand Army of the Republic. Olive died on June 29, 1934 from cancer. A headstone was erected for the couple to share. Olden died on October 12, 1935. His death date was never added to the headstone. Photo of Olden is from “The Topeka Plaindealer” from March 25, 1910. 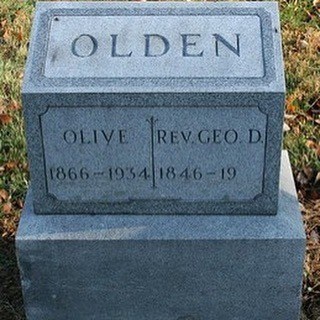 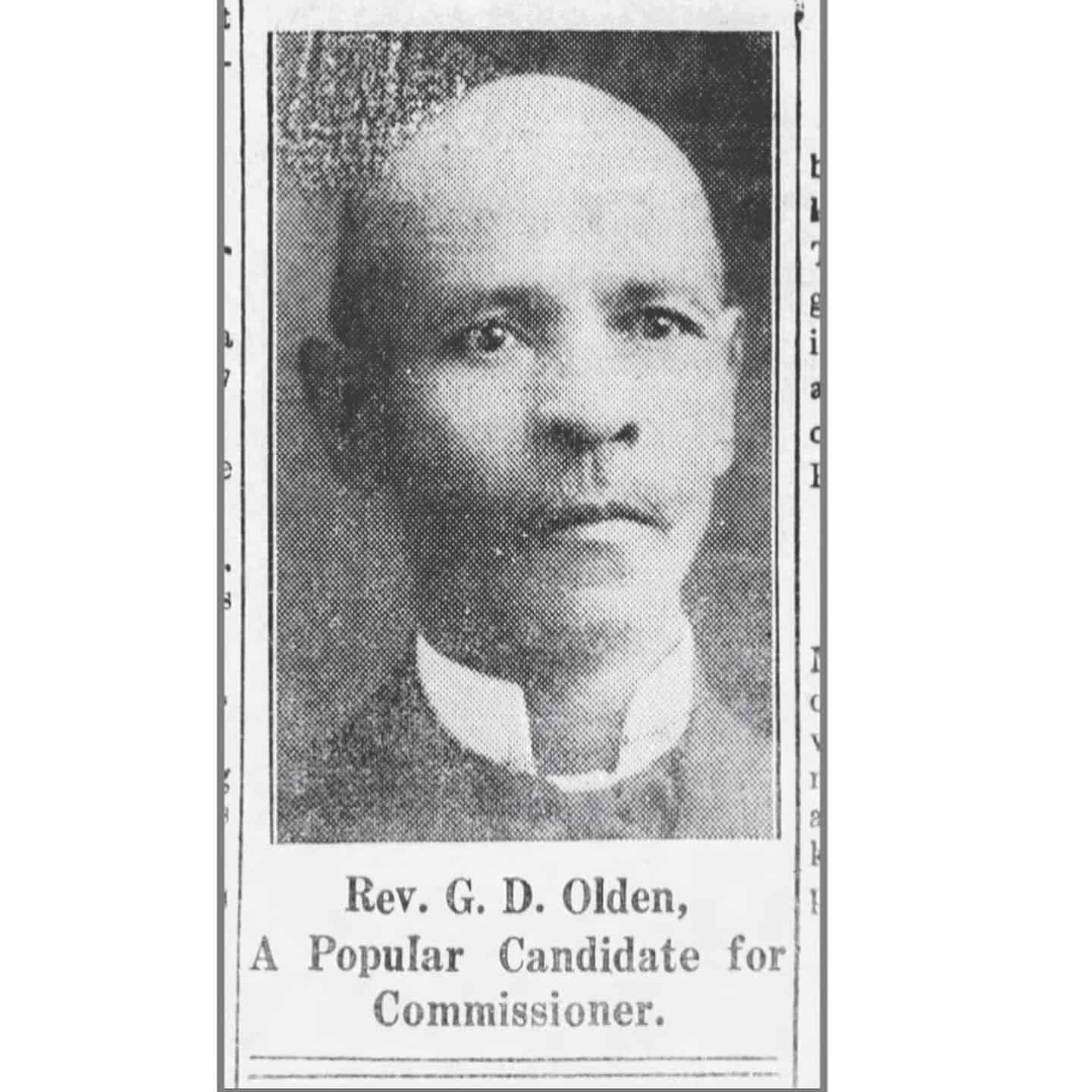