International Fire Fighter Day (IFFD). We are celebrating the life of Louisville Fire Department Sergeant Jesse B. Taylor, Jr. (1937-1971). Jesse had public service instilled in him as his father, Jesse B. Taylor Sr., was a homicide detective for the Louisville Police Department. He also had two brothers who were fire fighters. In addition to being a fire fighter, Jesse was a Navy veteran, a Mason, and a Vice President of the Emmanuel Baptist Church Brotherhood. Jesse was married to Carrie Miles. Together the couple had four children and made their home in Louisville’s West End. In a 1969 interview, Jesse told the “Courier-Journal,” “I know most of the people in the West End, most are good, some are bad. Whoever they are, I just talk their language and tell them to let us do our job.” According to the article, Jesse used his communication skills to ease racial tensions amongst young African Americans in Louisville, paving the way for a smoother response from the fire department. Additionally, he played a key role in the development of the Park DuValle Health Center Ambulance Service. Jesse suffered a fatal heart attack at the age of 33 while playing in a Fire Department basketball tournament at St. Ann’s Church gym. At the time of his death, he was assigned to Engine 22 located at 3627 West Broadway. Image from “Courier-Journal” May 30, 1968. 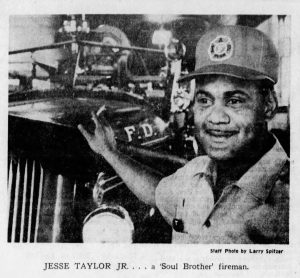 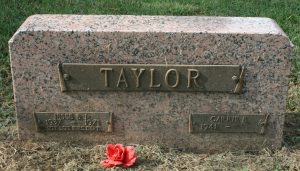