The Kean Brothers: Henry Arthur Kean, Sr. (1894-1955) graduated from Fisk University with a degree in physical education and later earned Master of Arts degree in physical education. He taught math and coached football at Central High School for 10 years. He was hired as the Athletic Director of Kentucky State College and became a key player in the development of the Kentucky High School Athletic League. He continued his career at Tennessee State University until his death. Henry’s brother Bill was also passionate about athletics. William Lee “Bill” Kean (1899-1958) was born in Louisville and attended Central High School, where he excelled in athletics. Although he was not large in size (5’7”, 140lbs), he was the captain of the baseball, basketball, and football teams. He attended Howard University and earned four letters. He later earned a master’s degree from Indiana University. He returned to Louisville in 1923 and coached football, basketball, baseball, track, and tennis. His teams won 5 state championships in the Kentucky High School Athletic League and 4 National Negro High School titles. Posthumously, he was named to the Kentucky High School Athletic Association Hall of Fame (1988), the National High School Sports Hall of Fame (1993), and the Afro-American Hall of Fame (1995). 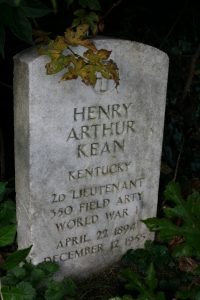 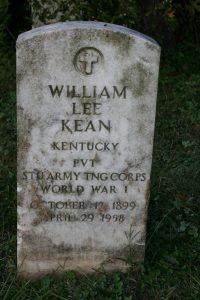