Posted on Aug. 25th, 2020 Comments Off on Ulsa Matilda (Clarkson) Jennings
Most of what we know about Ulsa Matilda Jennings has been pieced together from Federal Census records. Ulsa Matilda (Clarkson) Jennings (circa 1852-1925) was born free (not enslaved) in Virginia to John Clarkson and Eliza Page in March of 1852. It is unclear what happened to Ulsa’s father but by 1860 Ulsa, her mother Eliza, and Ulsa’s 14-year-old brother, Samuel, were living with Eliza’s brother, Dabney Page, and his family in Louisville, KY. On March 9, 1869, Ulsa married William M. Jennings in Louisville. The couple had three children: Eugene, Caroline, and Nerious. According to the 1870 Federal Census, they were living with Dabney Page and his family as well as Eliza and her sister Annie (Page) Young. William and Ulsa divorced at some point.
As of the 1880 Federal Census, Ulsa and her 7-year-old daughter, Caroline “Carrie” and her 5-year-old son Nerious were living on Magazine Street with uncle Dabney Page. Eugene was living with William in Virginia, and William remarried the following year. By 1900, Ulsa was listed on the Federal Census as a widow. At the time of both the 1900 and 1910 Federal Censuses, she was working as a live-in servant for the family of Charles P. Moorman on 4th Street. Nerious worked as a bottler for C.P. Moorman & Co., which was a whiskey company. In 1920, Ulsa was living in a boarding house on 4th Street, still working as a private nurse for Moorman. Ulsa died from heart disease on May 13, 1925, at the approximate age of 73. At the time of her death, she was living at 245 E. Chestnut Street. She is buried at Eastern Cemetery in a family plot with her son Nerious, her mother, and her brother. Ulsa’s monument is quite large and ornate. As previously stated, Nerious worked for C.P. Moorman & Co. and was married to Laura B. Smith. They had three children. Caroline remained single her whole life and worked as a teacher in Louisville and Lexington. Eugene lived in Louisville briefly but moved to Los Angeles after becoming an attorney. He married Sadie McCoy. 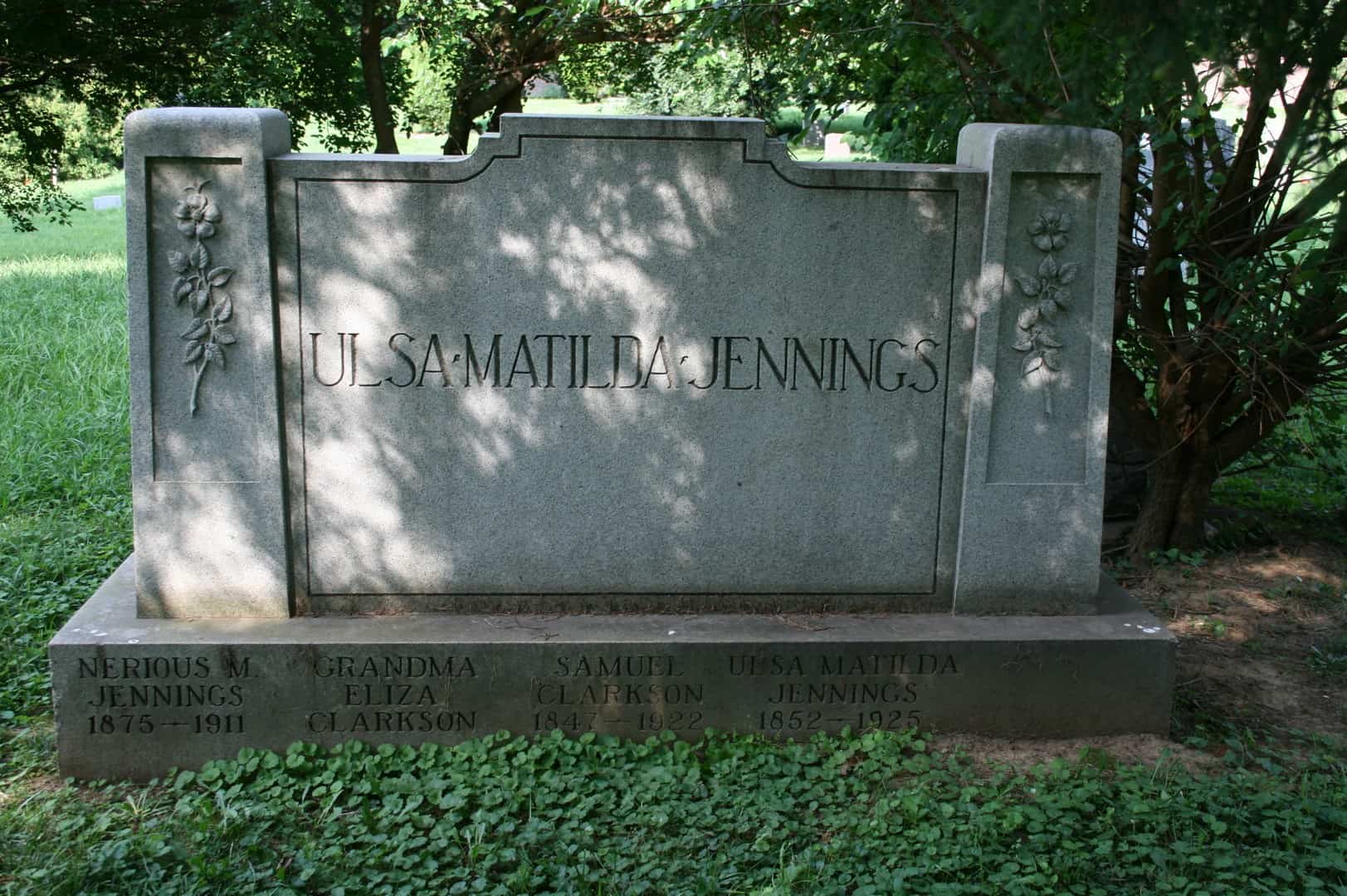